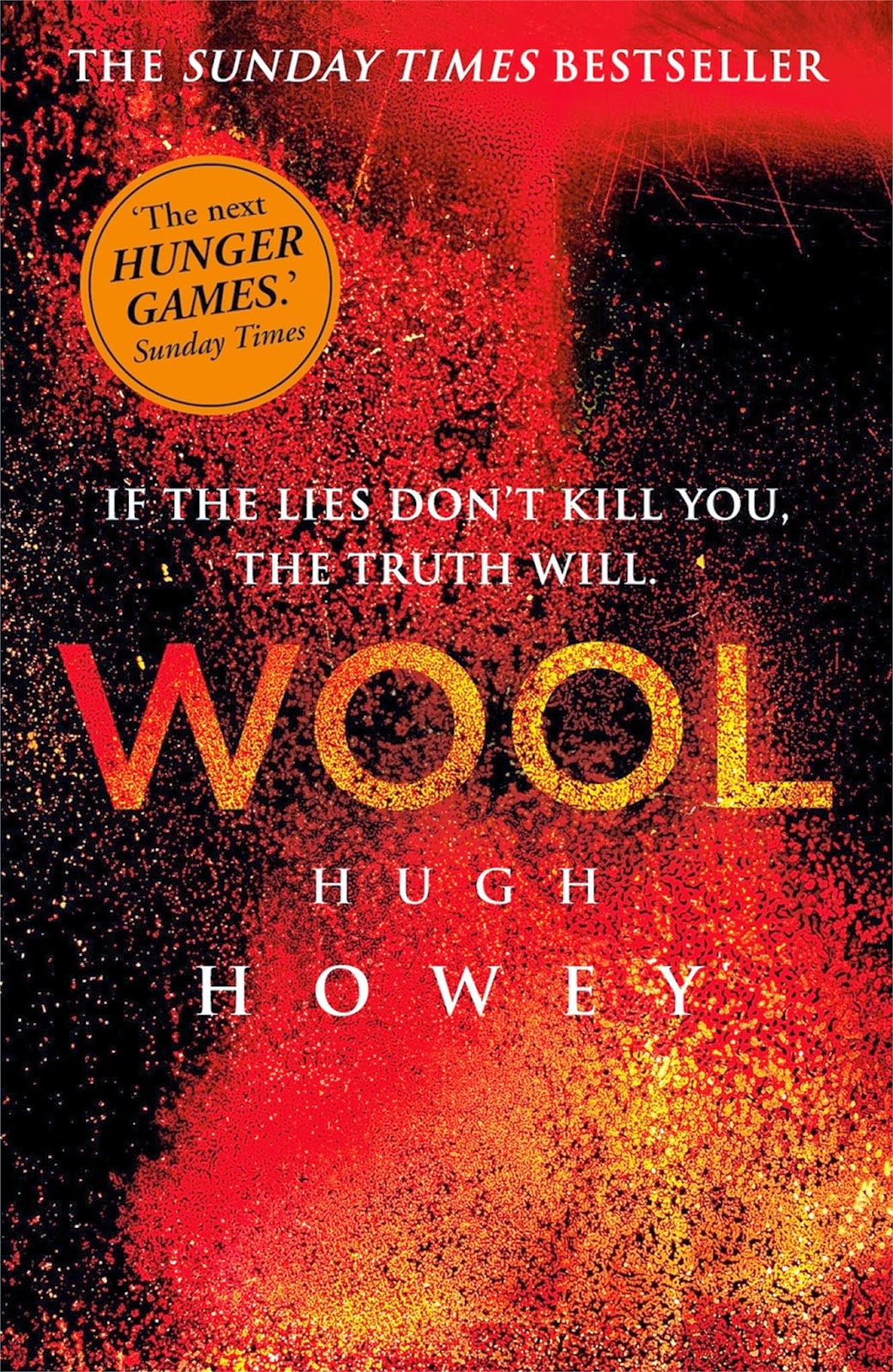 You have to be in the right mood for a distopian novel, but with the right kind of distopian novel, you know you'll be in for a ripping yarn that's hard to put down. Which was what I anticipated with Wool.
The first of a trilogy, Wool describes a world that has destroyed itself, the air too toxic to breath, the earth a barren landscape blasted by caustic winds. Survivors live a passably normal existence, going to work or school, growing their food, making what they need to ensure their future, but living inside an enormous underground silo.
Within the silo there are floors upon floors with a seemingly endless staircase, so people gravitate to a particular profession, living and working in a particular section of the silo. The Mechanics which maintain the silo's power supply live in the 'down deep', further above them are Supply, a kind of large warehousing unit. There are gardens, which connect people to a kind of religious veneration for the circle of life. Towards the 'up top' is IT, who have the technology to keep tabs on the workings of the silo as a whole.
The story opens with the death by 'cleaning' of the silo's sheriff. Three years before, Holston's wife was sent out to clean and he has been distractedly morose ever since. There are flashbacks describing material his wife in IT has found on her computer - dangerous ideas that challenge the accepted way of thinking.
'Cleaning'is a kind of exile from the silo, the condemned wearing a specially designed suit that will protect the wearer from the toxic air outside for a short time, just long enough to clean the sensors that project a view of the world to the silo inhabitants, and to walk a short distance towards a crumbling city beyond.
Mayor Jahns watches with dismay Holston's cleaning, before turning her attention to appointing a new sheriff. She and Deputy Marnes make the long journey down to meet their top candidate, Juliette, a mechanic who had once helped Marnes on a murder case. Juliette is a terrific character - she's tough and can turn her mind to any problem to figure out a way to fix it. She is reluctant at first to accept the role of sheriff, and accepts only if she can do an overhaul of the silo's power generators first. She is, after all, a fixer.
While she might be Jahns's top pick, Bernard, head of IT, is unconvinced. He has a curious grip on how things work in the silo and has his own man in mind. What happens next is a power struggle, involving murder, rebellion and a threat to continued life inside the silo. And Juliette will have her work cut out if she wants to fix that.
This is a gripping story that lives up to its promise as a great distopian read rather like The Passage. It has drama and political intrigue in spades and sequences of thrilling action. Then there is the technology, described in depth, which makes the mechanical workings of the silo clearly imagined and fascinating.
Like The Passage, Wool is the first of a trilogy and I will be keen to dip again into the world Hugh Howey has created - it is such a wonderful piece of invention.
Posted by Caught Up in a Book at 23:18