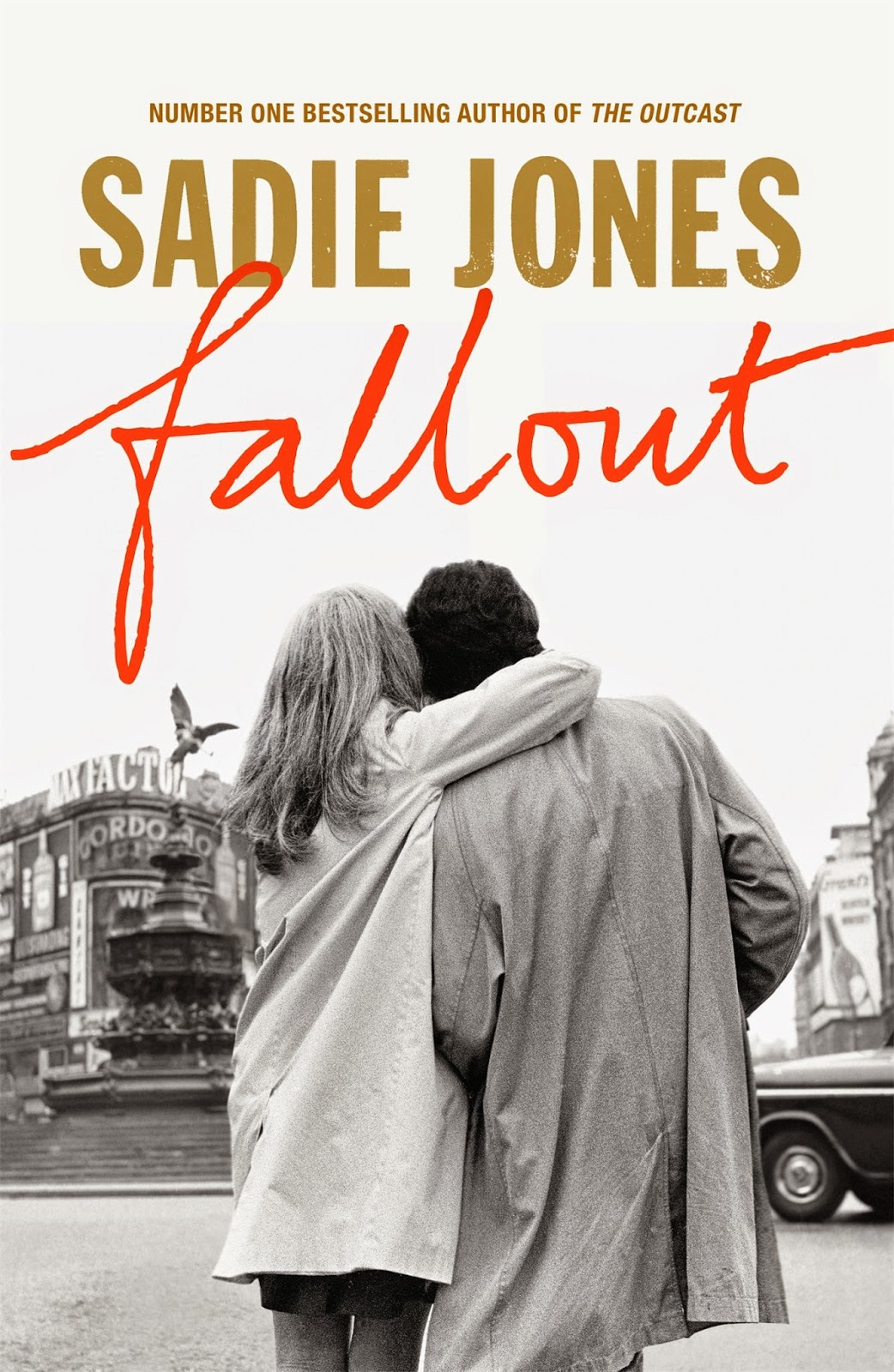 Sadie Jones has a talent for recreating a particular time and place - previously Cyprus in the 1950s, as well as post war Britain - and giving each book an authentic feel. Add some well-rounded characters and a tense plot and her books are hard to put down. Fallout, her latest, keeps up the trend with a story about four talented young people in the world of theatrical London in the 1970s.
Luke, aka Lucasz and Lucas (his father is Polish and his mother, French), grows up in a dead-end Lincolnshire town, smart enough for Oxbridge, but reluctant to leave his needy parents - his mother lives in a mental asylum nearby, where he is a frequent visitor and never gives up on her, unlike his father who drowns his sorrows in drink and leaves all the cooking and household chores to Luke.
Quietly Luke fills notebooks with his scribblings, collects pop music - Dylan earns his undying respect - and reads plays. He thinks he'll go on working in the paper factory as a clerk until he bumps into Leigh and Paul, just up from London and lost, looking for a local playwright. Leigh and Paul are theatre people, and because it is raining, Luke jumps into Leigh's mini, the better to direct them to the rough pub they are looking for. The three strike up a friendship, and Luke sees kindred spirits, unlike anyone else he has ever met before.
The encounter is enough to jolt Luke out of his dull Lincolnshire routine. He throws in his job, packs his typewriter, heads for London and with nowhere to stay, looks Paul up in the phonebook.
Meanwhile, Nina is the fatherless daughter of a failed actress, brought up by a dully sensible aunt. When she turns fifteen she decides her life must include acting and living in London, where she turns up on her mother's doorstep. She leaves an aunt who loves her but can't show her any affection for a narcissistic mother who is controlling and leaves Nina no room for friendships or for being herself. Mummy particularly dominates any attempts Nina has with relationships.
Nina is very damaged, has little confidence but develops that fragile look that suits particular roles. Leigh is also damaged by her father's infidelity which destroyed her childhood, but copes by developing a tough outer shell that doesn't easily let anyone else in. Only Paul has had a happy and boringly ordinary childhood, except that his love for the theatre doesn't sit well with his father's more pragmatic ambitions for his son.
Luke enjoys his friendship with Paul and Leigh, but avoids any deeper relationships, having numerous flings with the young actresses he meets. He believes his mother's mental illness stands in the way of anything deeper. When he meets Nina, all of this is turned on its head.
With intense and talented characters like these and the setting of 70s London where all the old rules are fast disappearing, there is plenty of scope for drama and character development. Ultimately this is a story about creative ambitions, as well as friendship and love. This is a very intense novel, almost claustrophobic, and a gripping read - not my favourite by Sadie Jones, but still well worth a look.
Posted by Caught Up in a Book at 16:20