Natural Flights of the Human Mind by Clare Morrall 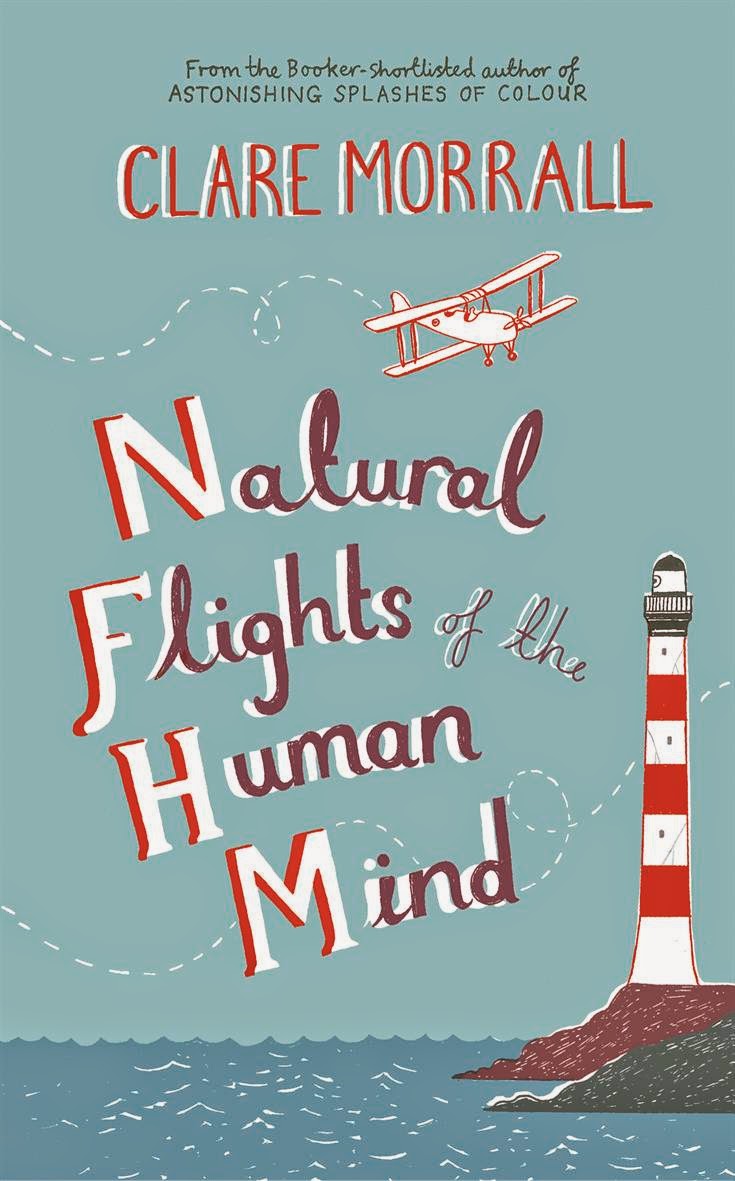 I cannot believe how much I enjoyed this early book by Clare Morrall, or how long it took me to get around to reading it. I was particularly impressed by her last novel, The Roundabout Man and I had always planned to read her earlier work. Natural Flights, similarly deals with oddball, damaged characters - in this case, the premier oddball is Peter Straker who lives in a disused lighthouse. Straker is so burdened by guilt he never talks to anyone, believing he has caused the deaths of 78 people around twenty-five years ago.
In fact Straker was damaged before that happened, coping with a family where he was overshadowed by his much smarter brother and terrifying father. Now something of a hermit, he shuns all human interaction until he meets Doody (aka Imogen), who has inherited a run-down cottage in the Devon village nearby.
The first thing you learn about Doody is that she doesn't mess about with the niceties of polite conversation. She starts yelling at Straker when she's up a ladder examining her decrepit roof, and loosing her temper, becomes entangled in weeds. Straker finds himself making a strange sound he doesn't recognise at first - it turns out to be laughter - and slowly the two develop a peculiar friendship.
Doody is also damaged - her childhood marked by tragedy and a serious lack of love, on top of which her husband walked out on her, also twenty-five years ago. Since then she's eked out a living as a school caretaker. The cottage gives Doody a chance at independence, while she gives Straker a chance to interact with another person. Both have been quite abandoned by their mothers, though Doody maintains a somewhat heckling relationship with her successful younger brother.
These are such unusual, difficult, yet oddly likeable characters, and as a reader Morrall really puts you through the ringer, as you hold out a faint hope for what might happen to them in the future. How can Straker even have a future when his past is such a burden? And running through his mind are constant conversations with the dead - he knows who they are because he has done his research at the library and collected newspaper articles. The only way he can keep his sanity is by counting - steps, minutes, intakes of breath - and all the while avoiding the number 78.
The story builds towards a climax as the twenty-fifth anniversary of the accident that took those 78 lives rolls around, a showdown involving a vintage plane and a busload of angry, grieving and determined relatives.
For such a grim scenario, Natural Flights is wonderfully readable, charming and at times even humorous. Morrall manages a clever balancing act between the potentially leaden themes of loss, guilt and family dysfunction and wryly observed, quirky characters to produce a plot that slowly builds tension and drama towards a surprising and satisfying ending.