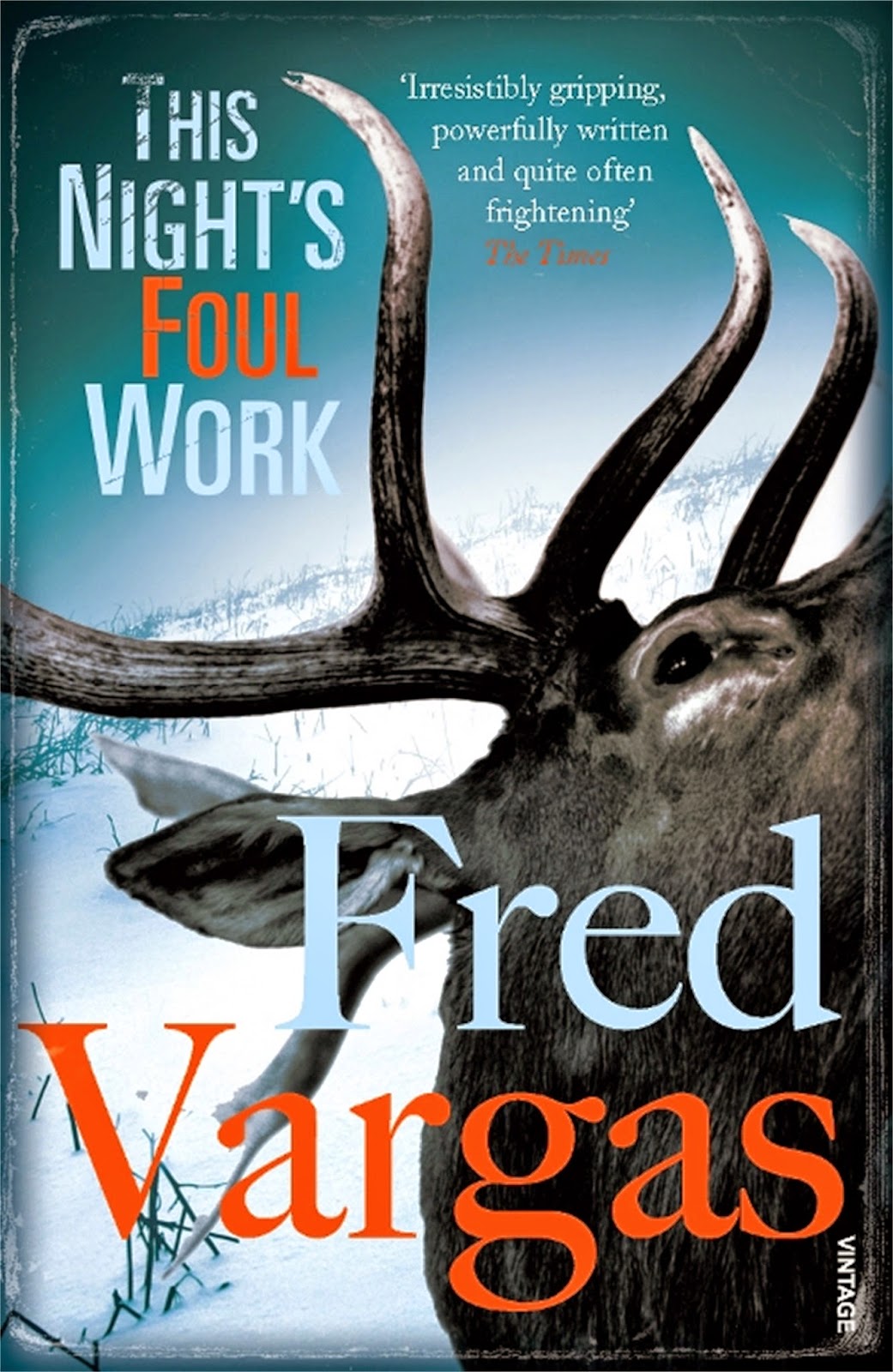 Fred Vargas comes up with some decidedly nasty criminals in her Commissaire Adamsberg novels, yet they are always immensely good fun. Perhaps this is because of the character of Adamsberg himself who has a dreamy, irrational way of probing crime.
This Night's Foul Work begins as Adamsberg is settling into his new house, building a wall in a haphazard kind of way, watched by his one-armed Spanish neighbour, Lucio. The Spaniard is convinced Adamsberg's house is haunted by a murderous nun, who Lucio is convinced will kill again.
Back at the offices for the Serious Crime Squad, the Commissaire is conniving to prevent a double homicide from the wrong side of town going over to the Drug Squad. He engages the help of attractive pathologist, Ariane Lagarde, a woman he has upset in the past. But the two must bury the hatchet because the usual police pathologist is out of sorts, suffering from 'a touch of the vapours'. Ariane helps Adamsberg along with his case when she declares their murderer is a woman.
This book also sees the addition to the squad of Lieutenant Veyranc, a moody looking chap from the same part of the Pyrenees as Adamsberg, who thinks he has a score to settle with his new boss. The Commissaire has set him the task of guarding his girlfriend Camille from a psychopath who featured in the previous book. Veyranc spends his days in a cupboard on Camille's landing, waiting in vain for his boss to agree to meet him, but oddly content. The other peculiar thing about Veyranc is his tendency to break into clunky Alexandrine verse.
But why should we be surprised as each of Adamsberg's team has his or her own quirks of character: Commandant Danglard, extremely erudite and beautifully dressed, is morose and descends into frequent drinking bouts at work; Mercedet suffers from narcolepsy and has a mattress in the coffee room; Retancourt is a shy but Amazonian woman, who inspires devotion from Estalere who can remember everyone's blood type, coffee preferences and birthdays. All these things will come in handy later on.
While accompanying Camille to a Normandy town where she is playing in a concert, Adamsberg encounters the locals at his hotel bar - quaintly rustic characters who are upset about the brutal slaying of a stag in the woods, shot and hacked at for the removal of its heart. It's an odd story which Adamsberg agrees to look into, little knowing that it will somehow have a bearing on his double homicide.
There will be many more complications before he manages to solve the case, including the escape of an elderly psycho-killer nurse from prison, the apparent accidental deaths of two virgins in their thirties and the theft of a church's relics of St Jerome. There will be some amazingly diverting scenes, including one where the Serious Crime Squad, equipped with cars, motorcycles and a police helicopter, follow The Snowball - the squad's resident cat - across Paris in order to prevent the murder of one of their own.
With such a hugely entertaining, absorbing kind of read, it would be easy to think of this as one mad-cap scene after another. You could also be forgiven for thinking that every French person must be slightly batty. But the novel has its own kind of logic, as well as red herrings and a plot that builds to one heck of a surprise at the end. Vargas seems to do the impossible: she obeys the rules of crime novel writing while contriving to be completely original. Surely, this makes her one of the best in the business.