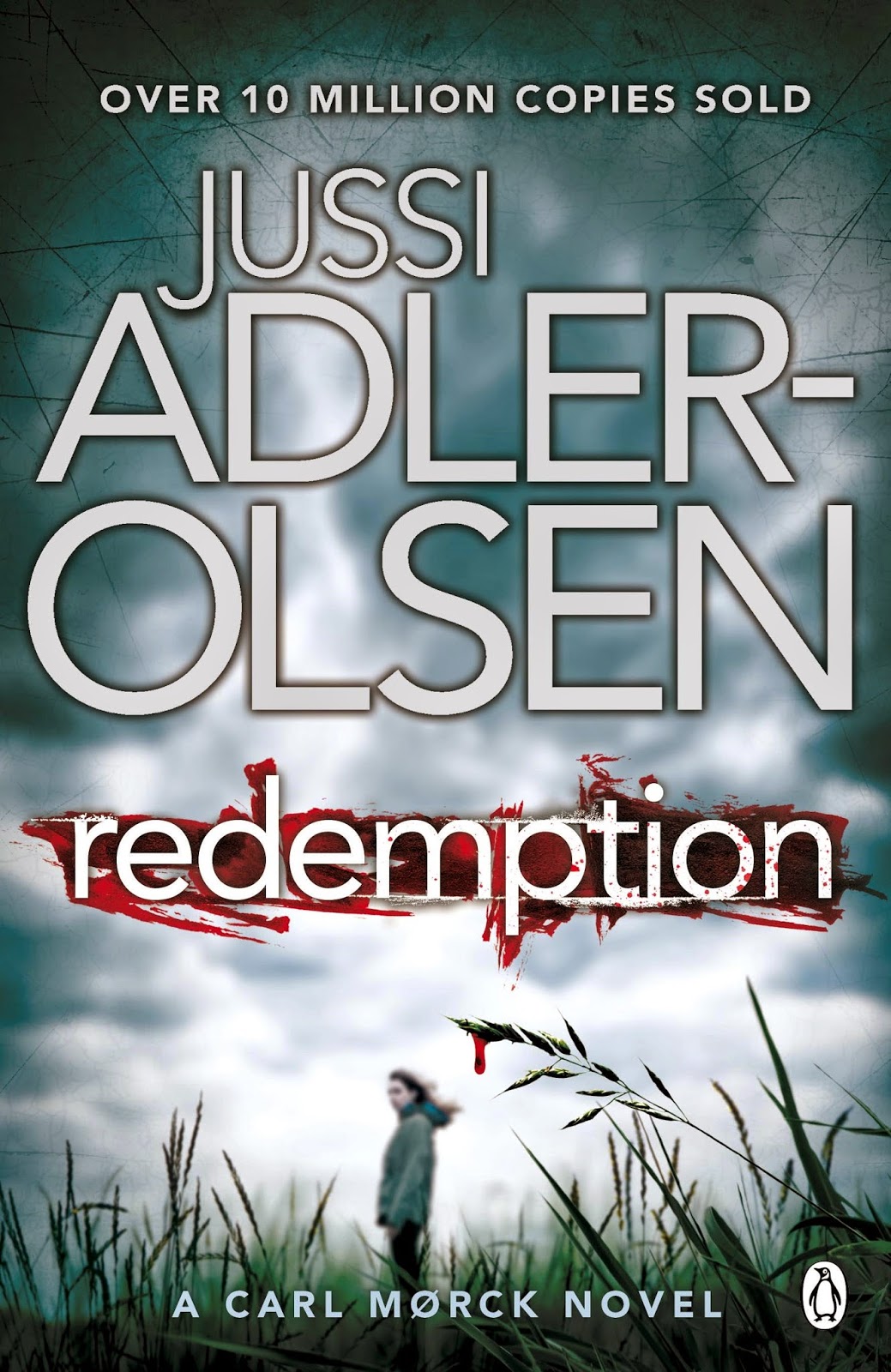 Adler-Olsen is one of those crime writers who juxtaposes scenes showing his killer - in the case of Redemption he's an evil kidnapper/child killer - with scenes from the point of view of his detective. It's another novel featuring Department Q, a cold-case team led by curmudgeonly DI Carl Morck. This changing-viewpoint narrative makes things uncomfortable for the reader from the outset, and knowing what to expect, I was somewhat reluctant to pick this book up.
I guess I am still a bit nostalgic for those old crime novels where the reader and the investigator work side by side, discovering clues and working out whodunit together. But really, Ader-Olsen makes the storyline steam along with these narrative shifts because, while Morck thinks he's dealing with a cold case, it is only the reader who seems to know that our killer is still at work and unless the police get a move on, another youngster is likely to die within a number of days.
What really hooks you in at the outset, however, is the message in a bottle scenario that the author has cooked up. Our killer would have carried on unnoticed if it hadn't been for young Poul, who tied up in a boat shed, believes he and his brother will be murdered. As the elder of the two, he feels he should do something, so he finds paper, an old bit of newspaper, and making a pen out of a splinter of wood and ink from his own blood - all with his hands tied together - he writes a detailed description of his kidnapper and their situation.
The bottle eventually turns up in Scotland, where it adorns the window sill of a remote police station for a couple of years until it piques the curiosity of a visiting computer expert. When it winds up in Department Q, Morck already has a lot on his hands with a visiting Health and Safety inspector in the pipeline and his basement bolthole out of bounds due to an asbestos scare. There's also a number of cases his team have been struggling with and he doesn't need another.
Thank goodness Morck's quirky underlings, Rose and Assad, have other ideas. And it's also lucky that a few clues are thrown up by the message,  even though many of the words have become illegible. The team manage to track down the newspaper and that gives them an area to hone in on. It transpires that the boys were part of a large family from a religious community who have long since left the area.
While the Q team track the family down, our mysterious kidnapper has his sights on another family who belong to The Mother Church and the tension winds up a notch. In the background are grim scenes showing our killer's childhood, his possessiveness towards his own wife and child. There are some humorous scenes from Morck's own private life - the wife who wants to return, his 'thing' for Mona the psychologist and Morck's recurring guilt.
There's a ton of action too: car chases, stake outs and a particularly tense scene in a bowling alley. And all the while the clock is ticking. It's a gripping story that barrels along, which is a good thing, because sometimes reading a translation like this throws up a few curly phrases you don't want to linger over. That's a small niggle, for overall Jussi Adler-Olsen has created another superb crime-thriller, a surprisingly quick read for a book over 600 pages long. I certainly hope there's a few more Department Q novels in the pipeline as sometimes a good Scandinavian mystery is just the ticket.
Posted by Caught Up in a Book at 14:42