Edwin and Matilda by Laurence Fearnley 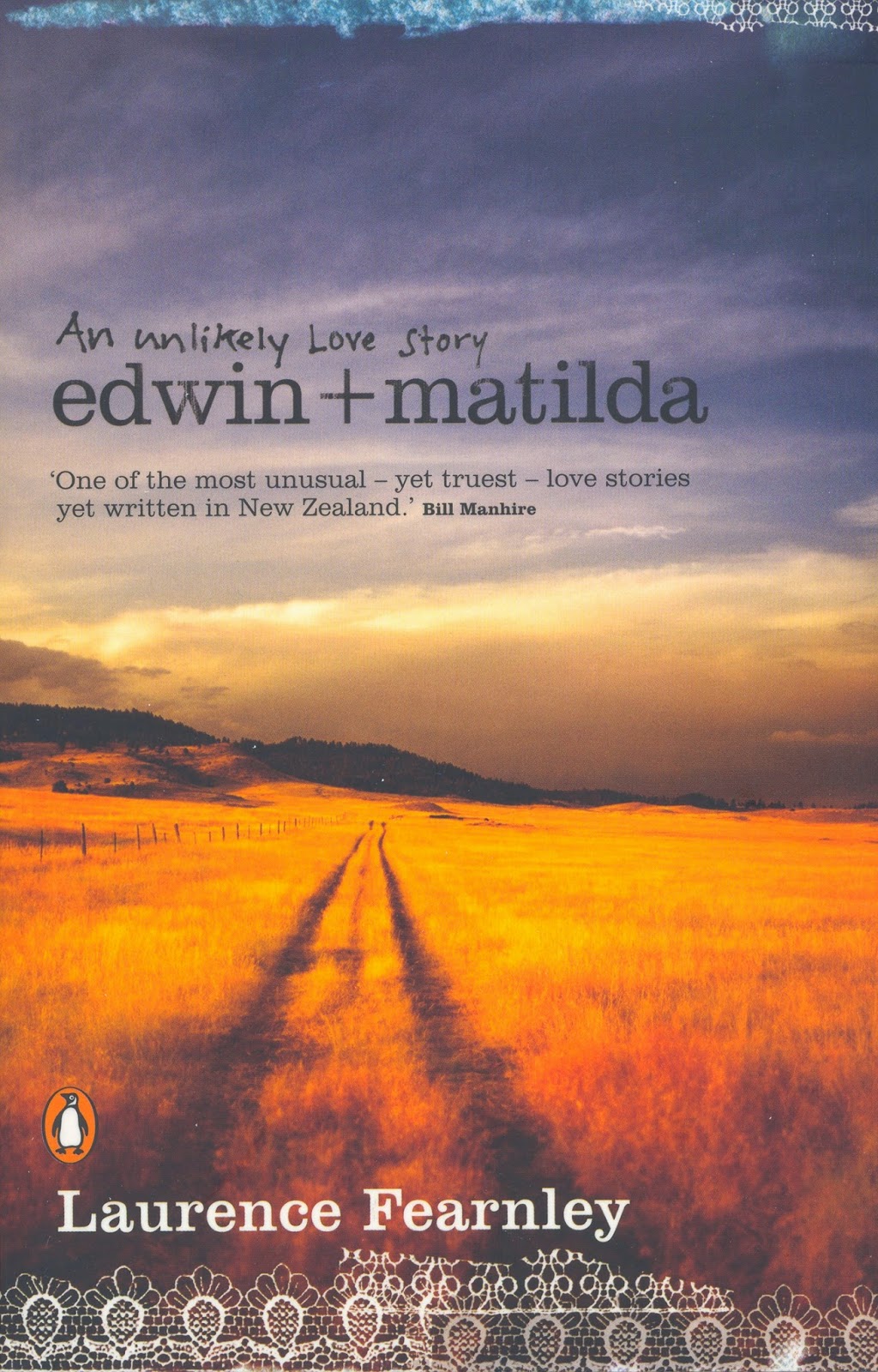 Subtitled 'an unlikely love story', Fearnley's novel begins with Matilda and Jacob having their wedding photos taken. It's Edwin's last job before retiring as a wedding photographer and from the outset Matilda is strikingly unusual. She's unusual because she is small and thin to the point of fragility, her hair a very short crop and she's wearing a dark blue dress, not the normal white. And while a few insults fly between her groom and some well-oiled members of an adjacent wedding party, she is making a film with her video camera, of leaves.
Weeks later, the couple haven't collected their photos - this happens from time to time - but Edwin is more preoccupied by the article about Franz Joseph glacier he happened to see in a tourist magazine. It showed a picture of the mother he hasn't seen since he was a child. For Edwin is rather unusual too. He was raised by his father, a doctor at a tuberculosis sanatorium among the hills of Otago where the air is dry and healing. His mother had disappeared when he was seven and he had been told by his father that she was dead.
Edwin has put off doing anything about finding his mother for eight years, preferring to wait until he is retired. He decides his first port of call is the sanatorium where he lived as a boy, but on the way he drops by Matilda's house to deliver the photos. She doesn't want them of course, her marriage didn't go ahead, and somehow, because she wants to make a documentary, she ends up joining Edwin on his quest.
The two seem strangely drawn to each other, and the novel gently takes you through their gradual courtship, but the novel has a lot more to it than that. Because the two of them each have a heart-breaking back-story that is slowly and carefully revealed. The story behind the defection of Edwin's mother is told as Edwin clumsily makes his way to Franz Joseph, with Matilda and her video camera.
We discover what he discovers as he discovers it, while Matilda ponders how much she will tell him, and when, about her own past. She too has had a difficult relationship with her mother and then there is the tragedy of her illness.
Fearnley is a lovely writer, her prose is spare and simple, allowing her characters to tell their own story. It is a very compelling read - I found I couldn't put it down. The atmosphere of the sanatorium through a child's eyes, of the wide open spaces of Otago, the cramped spaces of motel units and the awkwardness of sharing a car with a comparative stranger are vividly laid on the page for the reader through the book's sensitive characters. While yes, the relationship of Edwin and Matilda is unusual - even, as the cover would have it, unlikely - the truthfulness of the story-telling makes it work.