A Sixpenny Song by Jennifer Johnston 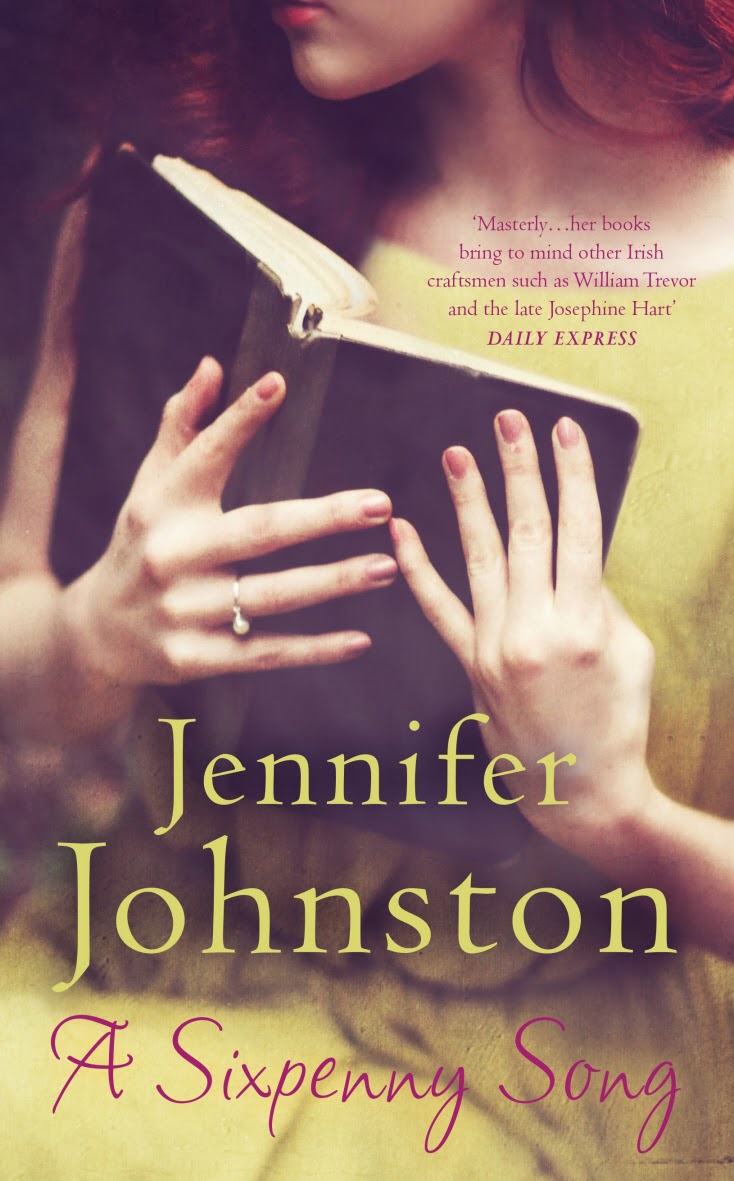 Sometimes all you need is a simple story, just a few characters and well-considered, natural prose, which is what you get in Jennifer Johnston's latest novel, A Sixpenny Song. It's a small book, but it kind of sneaks up on you with its depth of feeling and evocativeness. 'Acerbic, lyrical, witty and heartbreaking,' it says on the flyleaf and I would have to agree with all of that.
The book is about Annie, who at thirty, has been living in London and avoiding her childhood home since leaving school. She works in a bookshop and lives simply in a rented flat. Her father, a wealthy businessman with a talent for making money, nurturing it as you would a garden, was always a tyrannous, larger than life figure and she couldn't wait to get away from him.
His sudden death is a shock and Annie returns to Dublin for the funeral and where she discovers she has inherited the family home. Suddenly life has new possibilities - if she sells the house she could buy her own bookshop in a pleasant nearby village, like Glashule. Annie begins to make plans.
But when she bumps into Kevin, the odd job man who works in  her late father's garden, Annie is drawn back to the past and the story of her mother, Juliet. There is so much, it seems, that people want Annie to know. When Annie visits Kevin's aunt, Miss Dundas, the old lady reveals that she and Juliet were great friends. There is a painting Miss Dundas made of Juliet, that she is eager for Annie to see.
Then there are the diaries that Annie's Dada wrote including the years of his marriage to Juliet, leading up to her tragic death when Annie was a child. The diaries reveal so much pain, anger and heartbreak that it is hard to imagine why he didn't destroy them unless he wanted Annie to read them.
And then there is Kevin - so charming and supposedly carefree, the sort of man Annie could even fall for. Over assorted dinners, outings and walks, Kevin describes another side to Juliet, and a story that includes loneliness, powerlessness, a secret affair and despair.
It turns out that a journey home for Annie becomes a journey into the past. While her parents may be dead, their terrible story threatens to overwhelm her.
Johnston is a master storyteller and imbues the narrative with plenty of atmosphere - of the house, the surrounding countryside, the weather and through music. She does this without having to throw in lengthy descriptive passages, yet the reader is left with very vivid images of the setting. This is a short but accomplished novel that will stay with you long after you have finished reading.