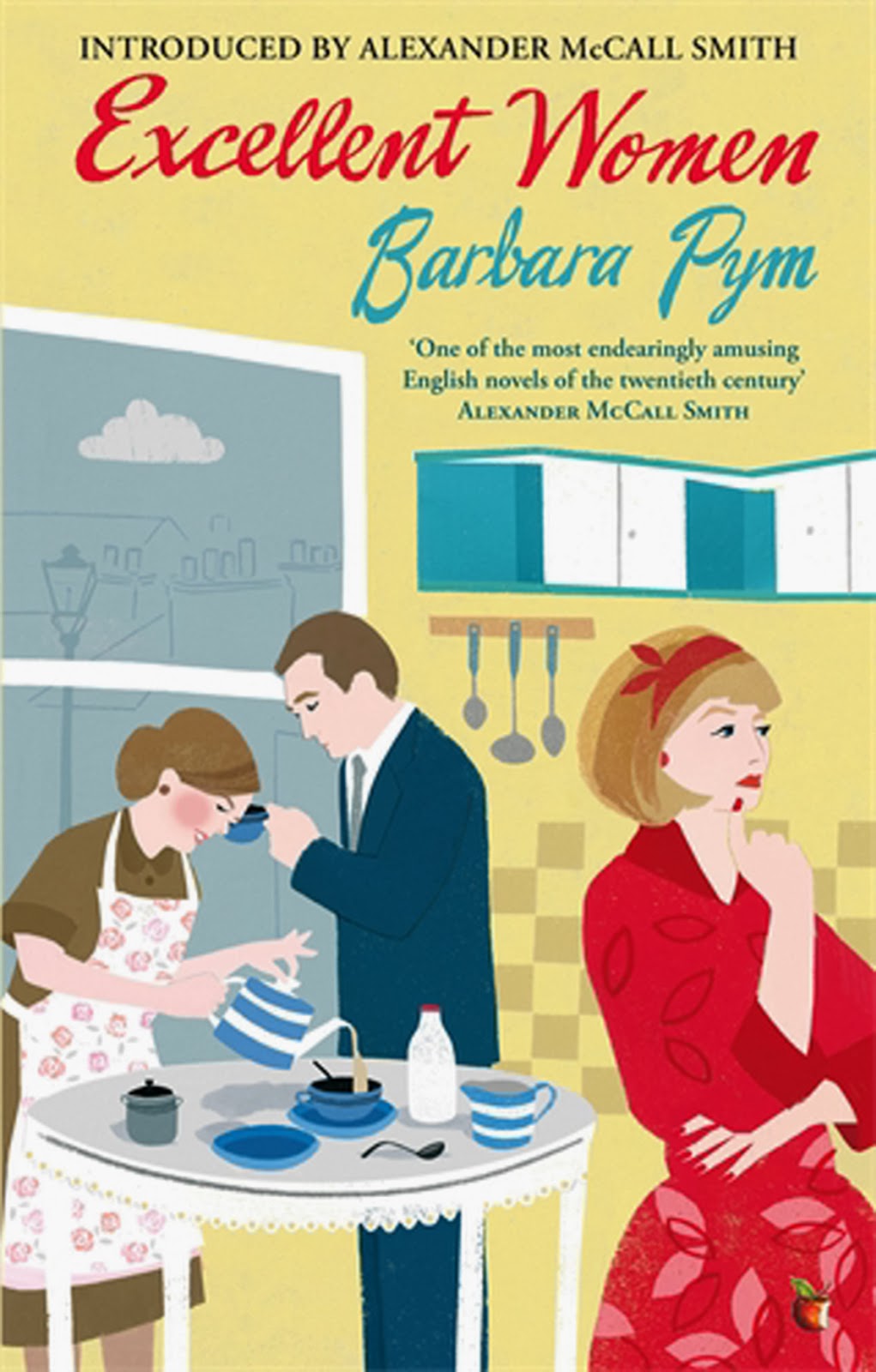 Excellent Women is classic Barbara Pym, a novel concerning the seemingly small world of Mildred Lathbury, one of those capable, sensible women who people turn to for help in a crisis. She can be depended on to provide cups of tea and even meals, and helps out with jumble sales at the local church where she is close friends with the vicar and his unmarried sister, Julian and Winifred Malory.
At thirty-one, Mildred is considered a spinster - this is the 1950s after all - and with a small legacy, she has enough to live on while doing charitable work for a society that helps impoverished gentlewomen.
All this makes Mildred sound rather dull, and yet as a narrator she is anything but. Not only is she witty and can come up with a pertinent quotation at the drop of a hat, she is perceptive about the motives of others and her own feelings as well.
As the story begins, Midlred's old school chum has just moved out of the neighbouring flat and new neighbours - the glamorous Napiers - are moving in. They're going to have to share a bathroom, so establishing a cordial neighbourliness early on is important. And sure enough, there are soon pleasant chats over the teacups and Mildred discovers that the Napiers have marital difficulties.
Helena Napier made one of those hasty war-time marriages, swept off her feet by the charming Rockingham Napier, but years later, she finds him shallow. Her anthropologist colleague, Everard Bone is so much more stimulating. Rockingham however finds Helena messy, lacking in domestic skills and is careless with his cherished period furniture.
Meanwhile at the vicarage, Julian and Winifred are dazzled by their new lodger, Allegra Gray, who seems so suitable in every way, being a clergyman's widow and attractive to boot. Could Julian begin to rethink his vow to remain an unmarried vicar?
Midred's ability to act as a sounding board and readiness with the tea pot means that much of what happens is told through conversations. She is tugged one way and then another, charmed by the Napiers and then called to act as a go-between; ignored for weeks by the Malorys in favour of their new lodger, only to be the one they turn to when it all turns to custard.
We meet a cluster of hilarious minor characters - the no-nonsense Sister Blatt, who punctuates conversations with the a disdainful snort or clickings of teeth; Everard Bone's dotty mother and her paranoia regarding birds - it seems no character is without their peculiar quirks.
Excellent Women is very entertaining in a quiet, understated way, and is a good reminder of how daftly misguided people can be, even with the best intentions. On top of this we have Pym's quaint and fast vanishing world, in itself a source of fascination.