Wash This Blood Clean From My Hand by Fred Vargas 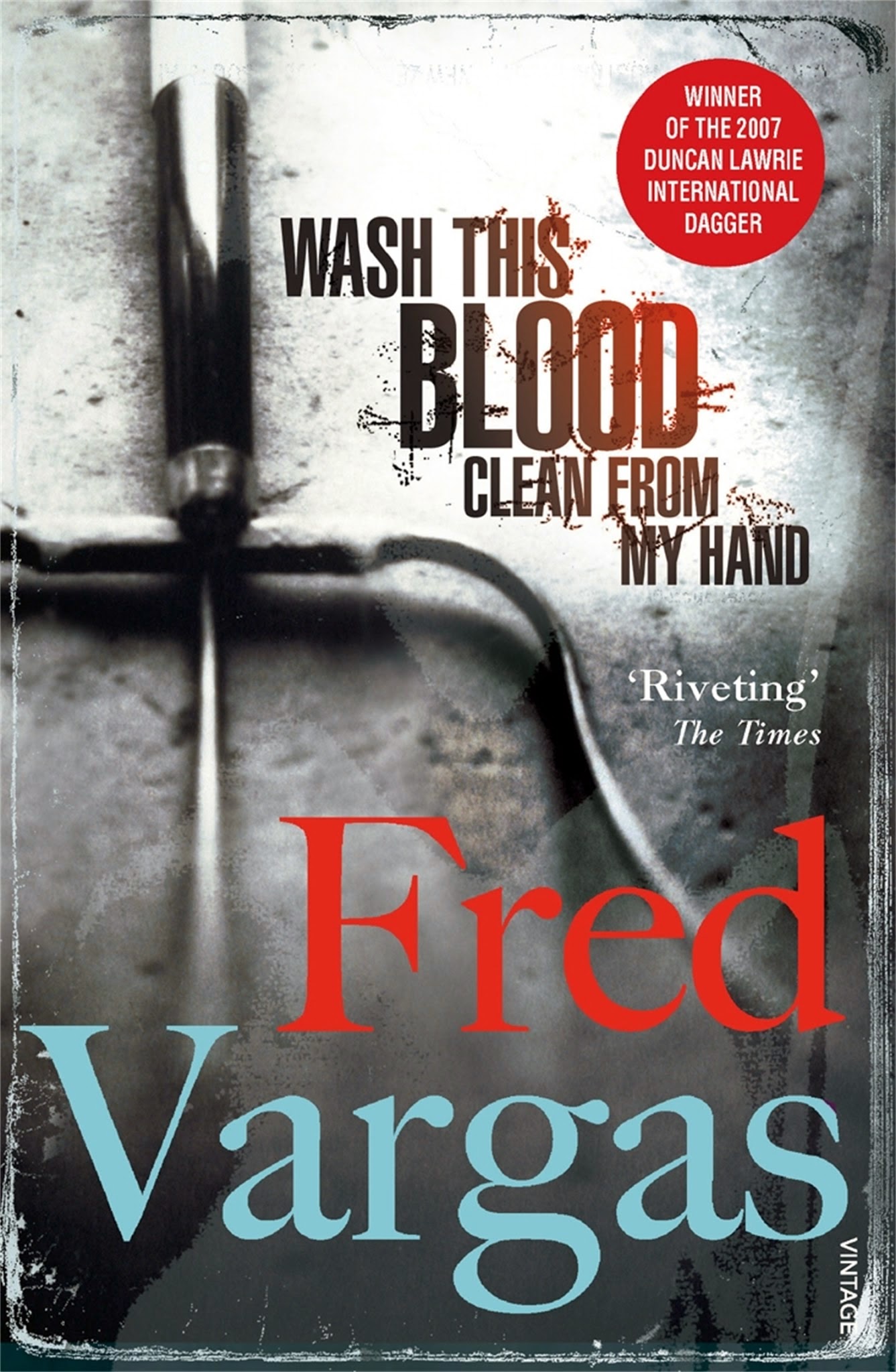 Fred Vargas writes a refreshingly different sort of crime novel and Wash This Blood Clean From My Hand is no exception. It begins in the normal way - with a body - only this case is out of Commissaire Adamsberg's jurisdiction.
The young woman found stabbed to death near Strasbourg reminds Adamsberg of a series of murders that he first came across in the 1970s, back when he was still living in the village of his boyhood home. Another young girl was killed - this time the girlfriend of his brother Raphael. Adamsberg, then a rookie policeman, had to act quickly to ensure his brother wasn't fingered for the crime.
His chief suspect was the hawkish and aloof Judge Fulgence, an unpleasant man who lived nearby. Adamsberg hunted the judge over the course of his serial killing career but was never able to bring him to justice.
The Strasbourg case gives the Commissaire a strong feeling of unease. When Adamsberg goes to view the body, his worst fears are realised - three stab wounds that are in perfect alignment and equidistant. The weapon could likely be the garden fork or trident that Fulgence used years ago. Adamsberg is certain the judge is operating again, and yet how can this be when he has been dead for years?
Meanwhile, his second in command, Capitaine Danglard, is unusually frosty with Adamsberg. Has the Commissaire done something to upset him or is it because of their forthcoming trip to Canada to study the latest in forensic techniques? Danglard is terrified of flying and would do anything to avoid it.
Much of the book's humour comes from the relationship between the two policeman as well as the contrast between the French police and their French Canadian counterparts. At first the Canada visit seems to be a detour from the main story - Adamsberg discovers his one true love, Camille, is in Montreal and is besieged by jealousy. Yet here another trident murder takes place and Adamsberg has trouble proving his own innocence. To avoid being thrown into a Canadian gaol, he becomes embroiled in a madcap scheme to escape back to France.
Vargas again writes a clever mystery that is highly original and combines light-hearted moments with darker ones, irony and emotional depth. I love the odd characters she throws in, all of them unusual enough to seem well-rounded, such as the two old ladies Adamsberg hides out with in Paris: the calmly sensible Clementine who determines to fatten the Commissaire up, and the more genteel Josette who turns out to be a master hacker.
The characters themselves are often wonderful story-tellers, particularly Adamsberg, but also his Lieutenant Retancourt and assorted witnesses, such as old Barlut, who grew up in the same town as the judge. The story is peppered with unusual facts about smoking toads, prehistoric fish and even Mah Jong. All of this combines to make the novel a very rich concoction and all the more satisfying for something that is so entertaining.
Posted by Caught Up in a Book at 13:19