The Return of Captain John Emmett by Elizabeth Speller 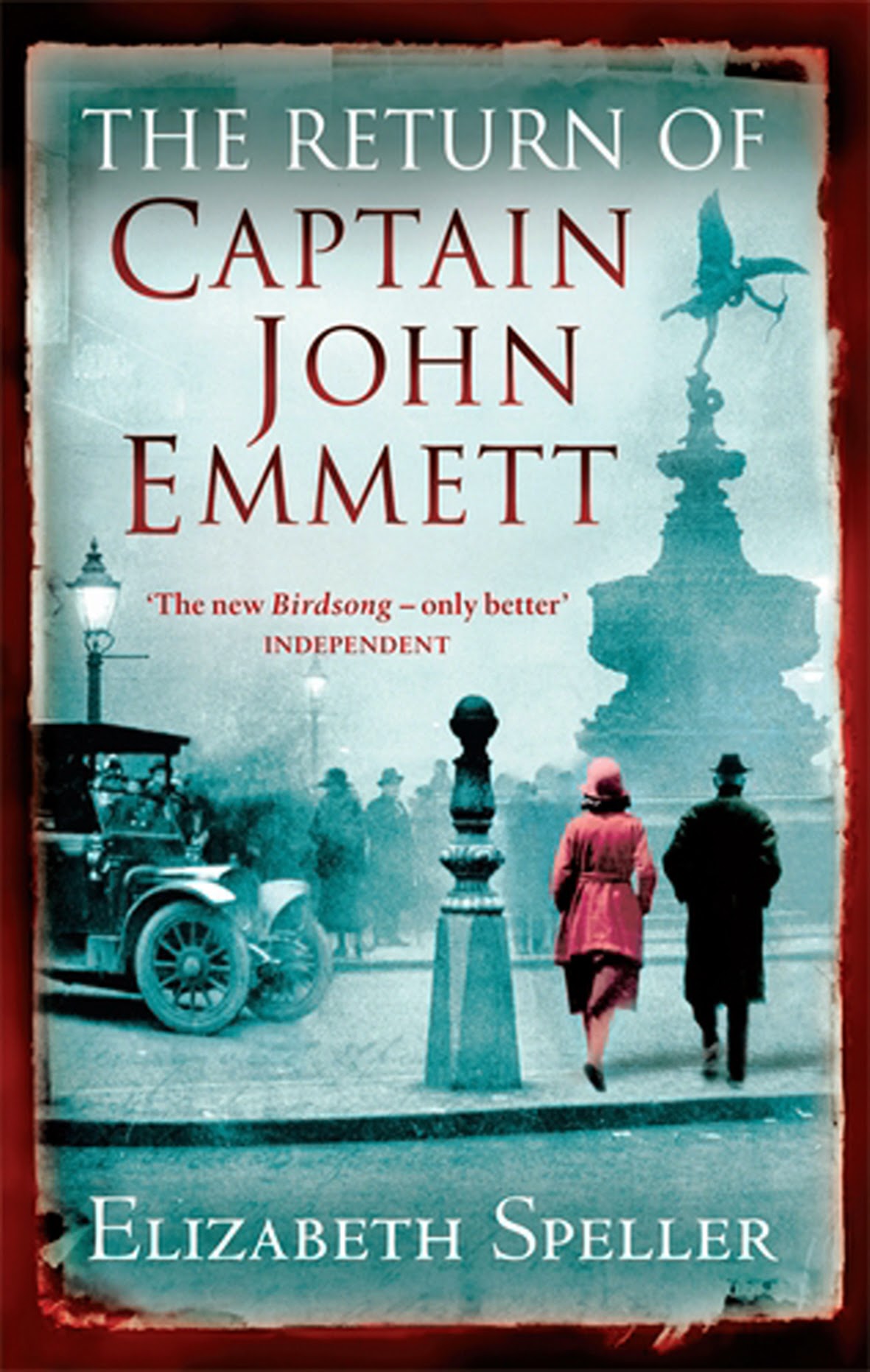 The quotation on the cover of Elizabeth Speller's novel, The Return of Captain John Emmett, compares it to Sebastian Faulks' Birdsong - a glowing recommendation if ever there was one.  This is the first book in a series featuring Laurence Bartram, a former infantry officer in the great conflict of WW1. Laurence has enough time on his hands to dabble in the occasional mystery while pretending to write a book about church architecture.
Until, that is, Mary Emmett, the sister of an old school friend, requests his help. She wants to know why her once confident brother committed suicide. Sure, he had a terrible war, and suffered badly from shell-shock, but he seemed to be so much getting better. And then there is the question of some strange bequests John made in his will to people his family had never heard of.
Laurence has a bit of crush on Mary and is only too happy to oblige, even if he is somewhat diffident about his ability to discover anything useful. But he's charming enough in a polite, public school kind of way, and people are happy to talk to him.
First there's William Bolitho who helped rescue John from a collapsed tunnel, now confined to a wheelchair and married to feisty Eleanor. The rescue only partly explains John's bequest, and Laurence is certain there's something else the Bolithos are hiding.
Another bequest is to a Mrs Lovell. This one's even more peculiar in that she has no recollection of having met John Emmett, and can only imagine that he was a friend of her son who was killed in the war.
There are more question marks hovering over the care John received at his nursing home where there are rumours of harsh treatments. And then there's a photograph that Mary has found among John's effects showing John with a group of soldiers. This clue looks more promising and reveals what turns out to be a firing squad. As a reader, one's antennae are immediately waving furiously, but it takes Laurence a bit longer to get stuck into finding out more about John's involvement in the execution of a fellow officer.
While on the one hand this reads like a mystery novel, there is a lot more to it than the drama surrounding an ex-serviceman's suicide. The book creates a grim picture of the kind of battlefield justice that occurred during the First World War, and the terrible and ongoing damage the war had on a the different kinds of people caught up in it all. These characters are given plenty of depth to be believable and engage the reader's empathy.
Bartram is at first just a nice, helpful chap, but his story is just as poignant as everyone else's and it's no surprise he's a bit of a softy. It is just as well he has his old school pal Charles at hand - also at a loose end for something to do - as he provides a bit of back-up when things look dangerous. Charles does the driving and puts his trusty service revolver to good use, thankfully, or there might not be a Laurence Bartram around for the next book in the series. This would be a shame because the blend of mystery, and sympathetic characterisation is a winning combination.