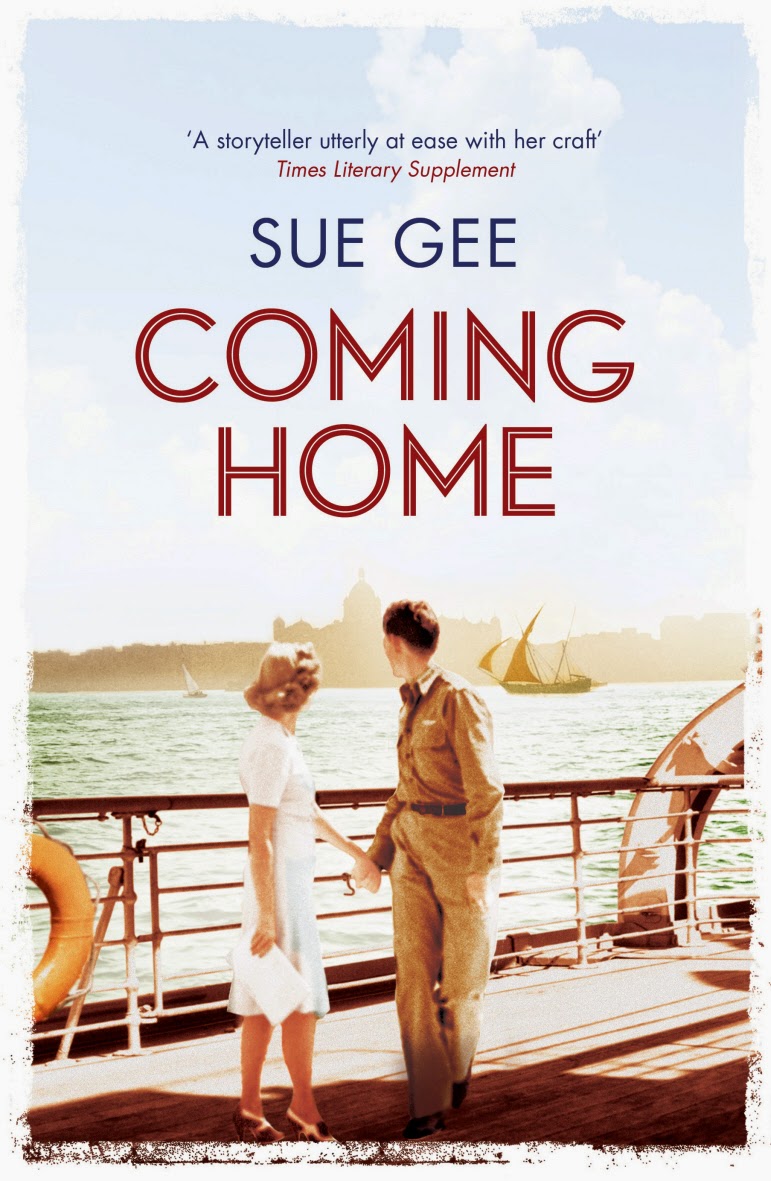 I'd forgotten about Sue Gee, and I could kick myself, because years ago I had read a book of hers called Thin Air, which I enjoyed enormously. Yet for some reason I hadn't read any more of Gee's novels - perhaps it was those awards for romantic fiction that put me off. Until now.
Coming Home has several aspects that are similar to Thin Air, as far as I can remember: fragile but engagingly quirky characters, country houses that lack creature comforts, particularly heating, and dare I say it, happy-ish endings.
The new book concerns the Sutherland family and at the start, they are only just a family. Felicity (Flo) has only been married a short time and is pregnant with her first child, waiting for husband Will to fetch her for their journey back to England. It is India, 1947, on the brink of independence and the end of Will's career as a sugar cane planter.
Flo is desperate to be rescued - she's been a bit spoilt by wealthy parents, hasn't managed to make a career for herself and now with the war over and in her thirties she could be on the shelf. She's a pretty, ditzy thing really, and we can only hope she will find fulfilment in marriage and raising children. Which she does for a bit.
Will decides to become a farmer and with two young children, Bea and Freddie, the Sutherlands set up home in Dorset in a draughty farmhouse, where Flo finds things challenging to say the least. Her struggles with domesticity are a recurring theme, but she finds consolation in jotting down her reminiscences about India and the romance of meeting Will.
Heart troubles begin to dog Will and so the family leave their farm and move to town, where Will makes the most of his hearty, out-going personality in a new job with the Rural Landowners Society. The rest of the book follows Will's struggle to understand Flo's moods, her passion for writing, her loathing for meal preparation. He also fails to understand the effects of sending sensitive Freddie away to his old boarding school at the age of eight.
Bea is a happy, friendly child who can talk to anybody, a bit like her dad, but starts to have black-outs, which no one takes at all seriously. The childhood and growing up of Bea and Freddie are delightfully and sensitively portrayed as the novel tracks the family's ups and downs, from the post war years, and what seems to be interminable rationing, through the fifties and sixties. It brilliantly captures the people of the day - especially Will and Flo, forever trying to put on a brave face and do the done thing. There is never a question over their love for each other, but there are huge chasms in their ability to discuss important issues together.
Fringe characters reflect the problems of post war relationships including infidelity, a lack of fulfilment and mental illness. Will seems incredibly callous over family pets, and at one point Flo tells him, 'You can be so brutal.' His reply, 'Perhaps it's the army. Perhaps it was the war. I've had to be bloody tough in my time. But deep down...' It's a very telling remark, and a reminder of what his generation had to go through.
Sue Gee is a great writer, the voices she creates for her characters so authentic it really is like being inside their heads. I will certainly not leave it so long next time to read another by this author.