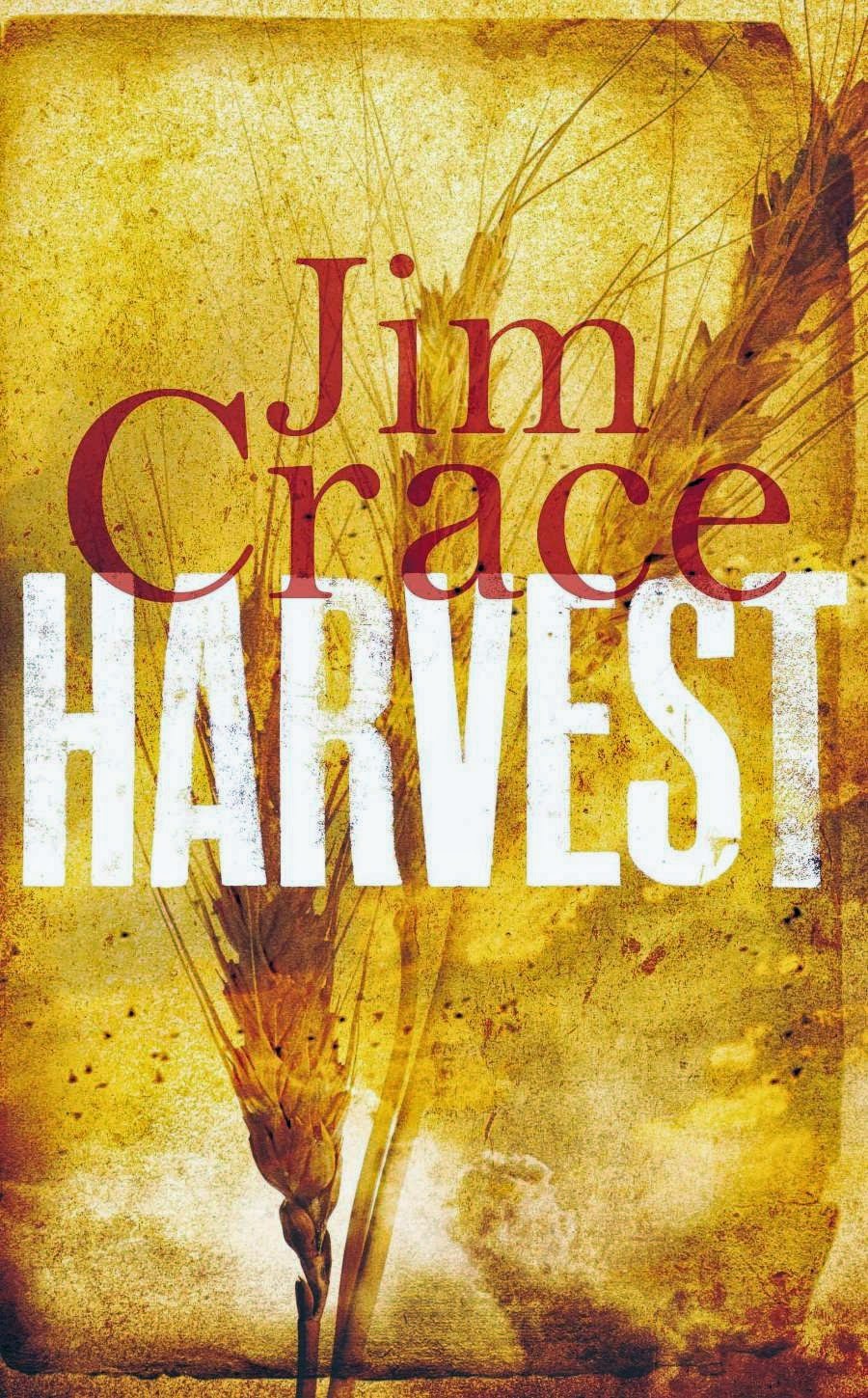 Jim Crace won a Man Booker nomination for Harvest,  a beautifully crafted novel which is unlike anything else I've read in a long time. (I would have said it was unlike anything else I've ever read before, if it hadn't reminded me a little of Barry Unsworth's  novel, Morality Play.)
What Crace does so well is create a world long past, in particular a small village, some centuries ago, when people lived simply off the land, under the benevolent eye of their squire. In this case the squire is Master Kent, who has a manor house and land thanks to his marriage. But since the previous spring when his wife died in childbirth, he is set to lose that entitlement, which falls to his wife's cousin.
As a result the estate is soon to be enclosed as pasture for sheep, and many of the villagers will have to find a living elsewhere. All this is told through the eyes of widower Walter Thirsk, once a servant of Master Kent, but since his own marriage, has chosen to become part of the village and work the land as a farmer.
The story is set over a week when one ominous event follows another, beginning with a fire in Master Kent's barn. This is a time of cruel punishments for misdemeanours, and under a less kindly lord, you could be hanged for a crime like this. Everyone knows this, but Kent is a gentle master and unwilling to take a firm hand.
Suddenly it seems easier to blame the three strangers that have set up a shelter on the village fringes. Their defensive reaction earns the two men of the group a week in the pillory, while their female relative, with her unsettling, catlike face, is shorn and abandoned.
The reader begins to get a sense of impending doom, particularly after the arrival of Kent's cousin by marriage, Master Jordan, who is intent on making changes and putting his authority into play. He is happy to use whatever means he can to gain the upper hand, and Kent is unable to protect his people.
Thirsk, having shared his boyhood with Kent, has a little education and a facility of expression that makes him a wonderful narrator. Crace seems to do the impossible here - he gives Thirsk an authentic voice for his time that is both elegant and expressive, but avoids sounding contrived.
And you can't help but feel sorry for Thirsk. He doesn't quite fit in, no longer Kent's man, but not quite a villager either. He's lost his beloved Cecily to the sweating sickness not long before and he's lonely, like Kent is. On the other hand he has come to appreciate the bounty of the land and the life of a farmer who finds everything he needs in the soil and the seasons. His descriptive turn of phrase makes all this very real for the reader, but not in such a way that makes you want to skip chunks of text, looking for dialogue and action.
Thirsk's viewpoint makes the village way of life seem precious, and its loss becomes the tragedy of the novel. Crace has described the unpleasant side-affects of progress and monetary greed.  Harvest is both an elegant pastoral idyll and a tense story that you can't tear yourself away from.