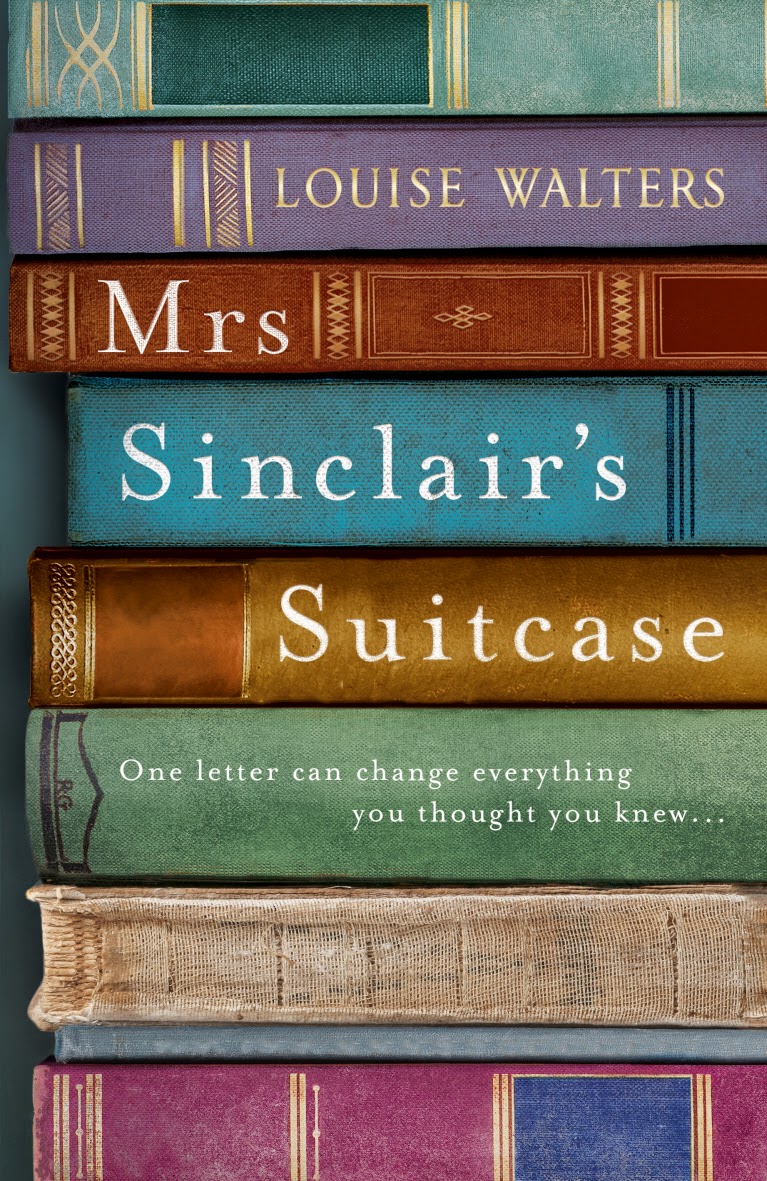 I seem to have come inadvertently upon another novel with a bookshop setting, this time with a theme that looks at love and loss, and buried family secrets. It begins when Roberta discovers a long forgotten letter among her grandmother's things - her father is dying and has been sorting out everything he wants Roberta to have.

The letter is from her grandfather, a Polish fighter pilot during World War Two, and explains that despite his love for Roberta's grandmother, he cannot forgive what she has done to a child and its mother. But the date on the letter is after he had supposedly died during the war.
Roberta works in a bookshop selling old and new books, run by the scruffily handsome and slightly posh owner, Philip. She's used to coming across letters and cards in old books, as well as moving messages on flyleaves, pondering about the people who sent them and the context of what they'd written.
Her grandfather's letter sets her off on a voyage of discovery, but it is a long time before she can bear to ask the only people who can tell her what happened - her frail father, and her extremely elderly grandmother who lives in a home.
Meanwhile the plot switches back and forth to 1940, and the English countryside near an airfield, where pilots are training up for the Battle of Britain. Among them are a group of Polish airmen who have escaped Europe but want to fly for the Allies. When one of them crashes in a field, Dorothy is first on the scene. She has recently lost her baby and in grief shows no regard for her own safety, and is injured when the plane goes up in flames.
Dorothy has grown apart from her husband, now somewhere overseas in the army and he hasn't been in touch since enlisting. So she has no qualms about beginning a mild flirtation with the Polish airmen's squadron leader,  Jan Pietrykowski. The decisions she makes through the book are those of a desperate woman suffering grief from numerous miscarriages and more recently a birth that is stillborn. Jan manages to break through her grief and reserve with his simple courtesies.
Louise Walters has written a warmly moving novel that looks a the lives of two women and how their feelings about love and family affect the decisions they make. For Dorothy, chance events throw her a way to grasp what she most desires but at what cost? Roberta is more inclined to drift on, settling for a less-than-satisfactory relationship, too hurt by the past to imagine a better life.
I enjoyed this novel enormously and found it hard to put down. Walters is a first-time novelist but also a poet and this is obvious in her care for language which along with her sympathetic characters lifts the story well above the ordinary.