The Collected Works of A J Fikry by Gabrielle Zevin 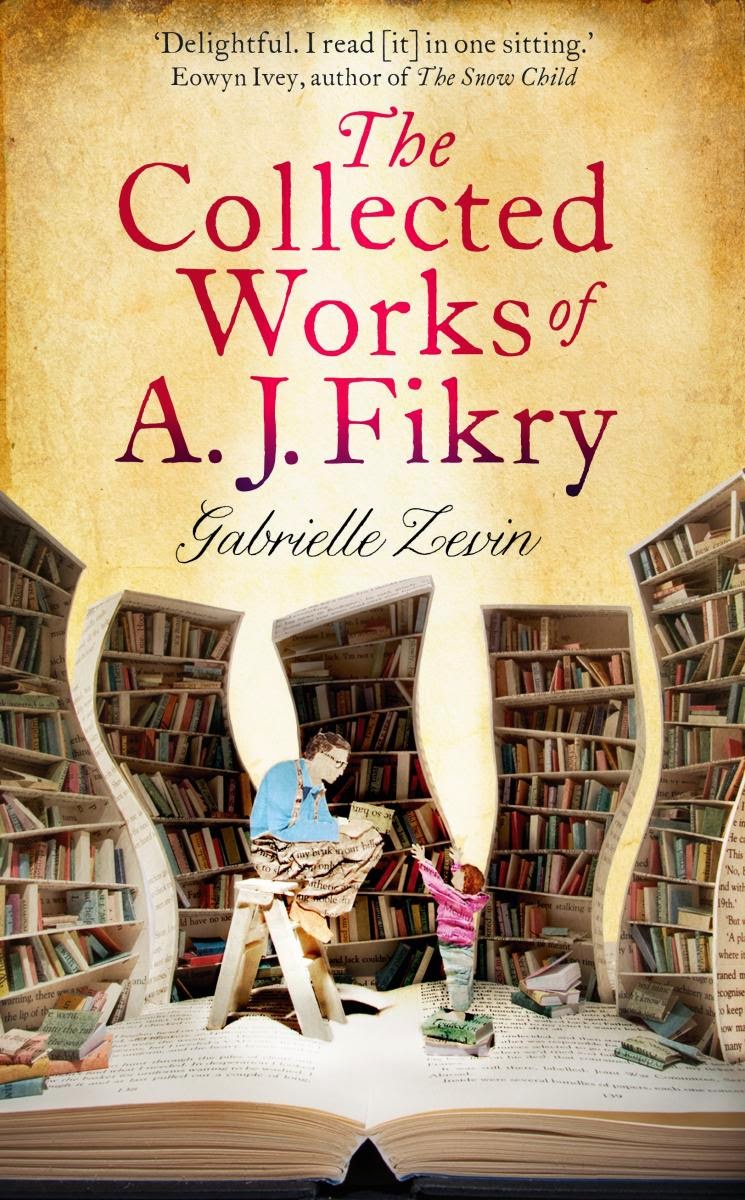 If you adore reading, a novel set in a bookshop has instant appeal. If you like good, literary fiction, you will warm to the curmudgeonly owner of Island Books, the A J Fikry of the title.
A.J. has lost his wife in a tragic car accident, and while she was happy to stock popular titles, talk to book reps and hold author events, A.J. is too much of a purist for all that. So he does't like postmodernism, post-apocalyptic settings, post-mortem narrators or magic realism; or for that matter children's books, especially ones about orphans, young adult fiction or anything with vampires. He explains all this and more when he is being mean to Amelia, the book rep who will later play a major part in his life.
Obviously, A.J. is doomed not to prosper, even if the tourists that arrive on Alice Island every summer frequently boost sales. But he isn't too worried as he has a copy of a rare edition by Edgar Allen Poe as his insurance policy.  About the same time that a desperate mother leaves her baby in the bookshop, with a note asking A.J. to take care of her, his Poe rare edition is stolen. These catalysts drive A.J. to cut back on his drinking and interact more with the outside world.
There is a bunch of interesting characters in this book for him to interact with. There's Officer Lambiase, the divorced police chief who used to read nothing but Jeffery Deaver, and starts a book group called Chief's Choice - it's mostly police procedurals read by other cops. A.J.'s friend, Daniel, is a womanising novelist who has never written a best seller since his first break-through novel. He's married to Ismay, A.J.'s sister-in-law, who teaches drama at the high school. She's tough on the outside but a softy on the inside, and quietly makes sure A.J. is OK. The little girl, Maya, is bookishly quirky, rather like you'd expect A.J.'s natural daughter would be.
This novel could be saccharine, but is far too witty and smart, and with enough ups and downs and reversals of fortune to keep you interested. Each chapter begins with A.J.'s notes to Maya about a particular piece of literature he values in one way or another - another nice little extra for bibliophiles. Roald Dahl, gets a look in as well as American greats such as F. Scott Fitzgerald and Flannery O'Connor, while there are a few obscure enough to have you searching Wikipedia.
The Collected Works of A.J. Fikry is a short, Sunday afternoonish sort of novel, but it has a lot of heart and is a good reminder about the pleasure and sustenance to be found in books, and friends as well, of course. Though for some of us, they may be the same thing.
Posted by Caught Up in a Book at 00:50