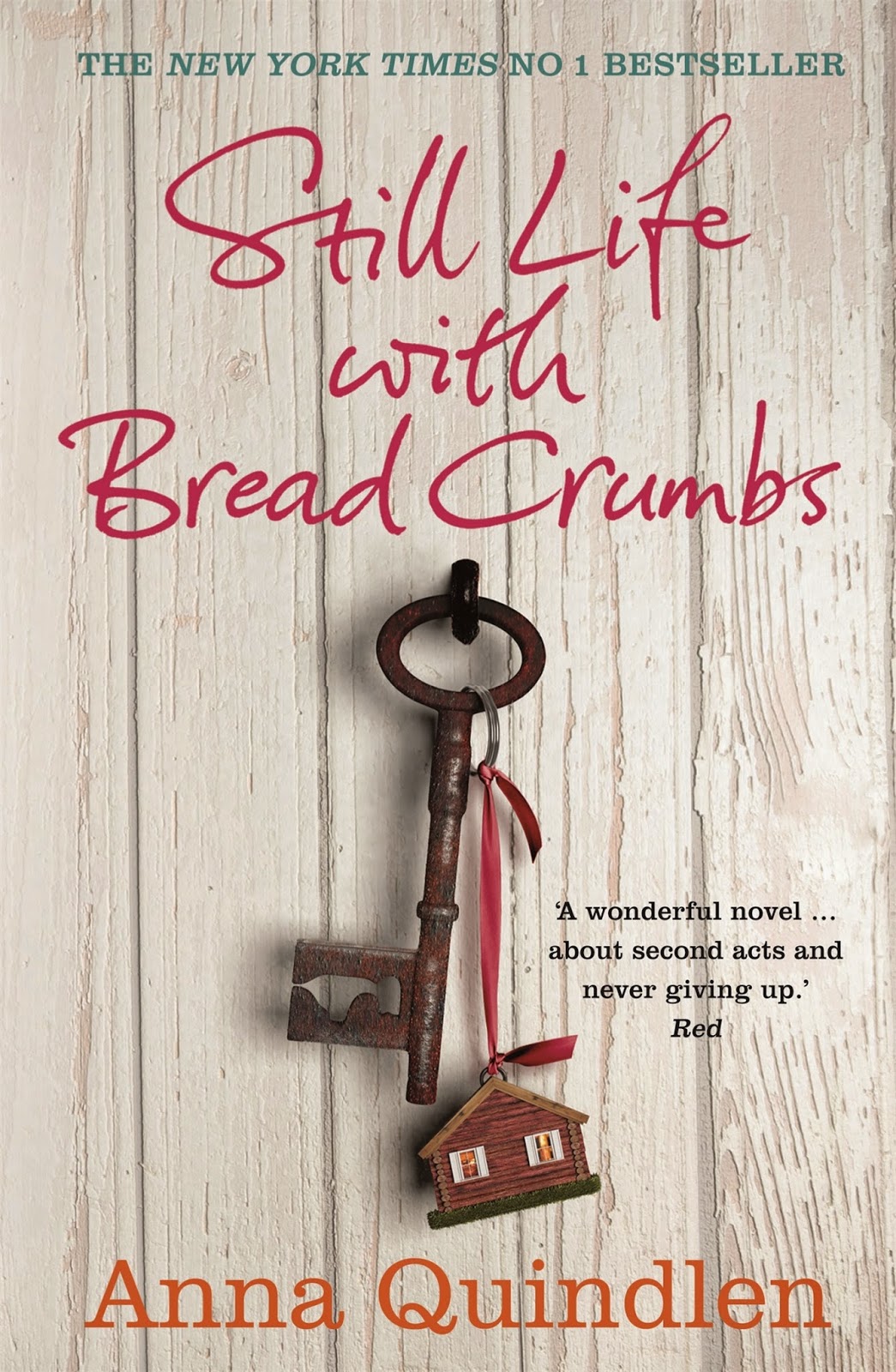 I like novels when characters venture out of their normal habitat and have to establish themselves in a new one that isn't quite what they were expecting. You know this will be a good foundation for adapting, self-discovery and perhaps even unexpected happiness.
Which is pretty much what happens to Rebecca Winter, who at fifty-nine finds she simply cannot afford to go on living in her upmarket New York apartment. There are the maintenance costs for a start, as well as the monthly fee for her elderly mother's nursing home, plus the New York lifestyle she has enjoyed for years. As the photographer famous for her 'Still Life with Bread Crumbs' she has had a good income in the past, in spite of a divorce that left her to provide for her young son alone.
Now, however, that income stream has dwindled to a trickle. In an effort to live more simply and cheaply so she can save for retirement, Rebecca lets out her apartment and heads for the country, taking up a year's lease on a cottage in the woods she has seen only in photos on the Internet. Big mistake.
The cottage is cold, dark and lacking in creature comforts - a bed that sags and a lack of blankets, to say nothing of a tiny electric range. Can you really cook without gas, and how to fit the Thanksgiving turkey into the tiny oven? There's no phone signal and she can't get the Internet either, which might turn out to be a good thing. Then there's the racoon in the ceiling.
Jim Bates, the helpful roofer, sorts out the racoon and between Jim and Sarah, the chatty anglophile who runs the Tea for Two cafe, Rebecca slowly settles in and makes a life for herself, adapting like anything. And the rustic woodland environment inspires new photographic endeavours. She grows her hair out of its chic New York bob and buys cheap but practical clothing from Wall Mart.
On her regular walks she spots some unusual shrine like crosses here and there, each with some memorabilia of childhood, a photograph or a high school year book, that make oddly interesting photographs. Caught up in their pictorial potential, Rebecca doesn't take time to question who might have put them there, or the reason they strangely disappear soon after she finds them.
You can be sure the significance of the crosses will be important later on. And Rebecca will learn a lot about herself, her art and people in general. By the end a whole new set of possibilities beckon and she will have some decisions to make. Not that the reader should be surprised, as we know that it's that kind of book pretty much from page one.
Anna Quinden is an elegant and observant writer, and this is a charming, witty and wry kind of story, balancing humour with moments of poignancy. She doesn't really break any new ground, but her characters are interesting enough and I enjoyed the jokes that are at the expense of the chattering classes. After all, deep down, who among us doesn't want to escape all the silliness of everyday life for a cottage in the woods?