The Gardens of the Dead by William Brodrick 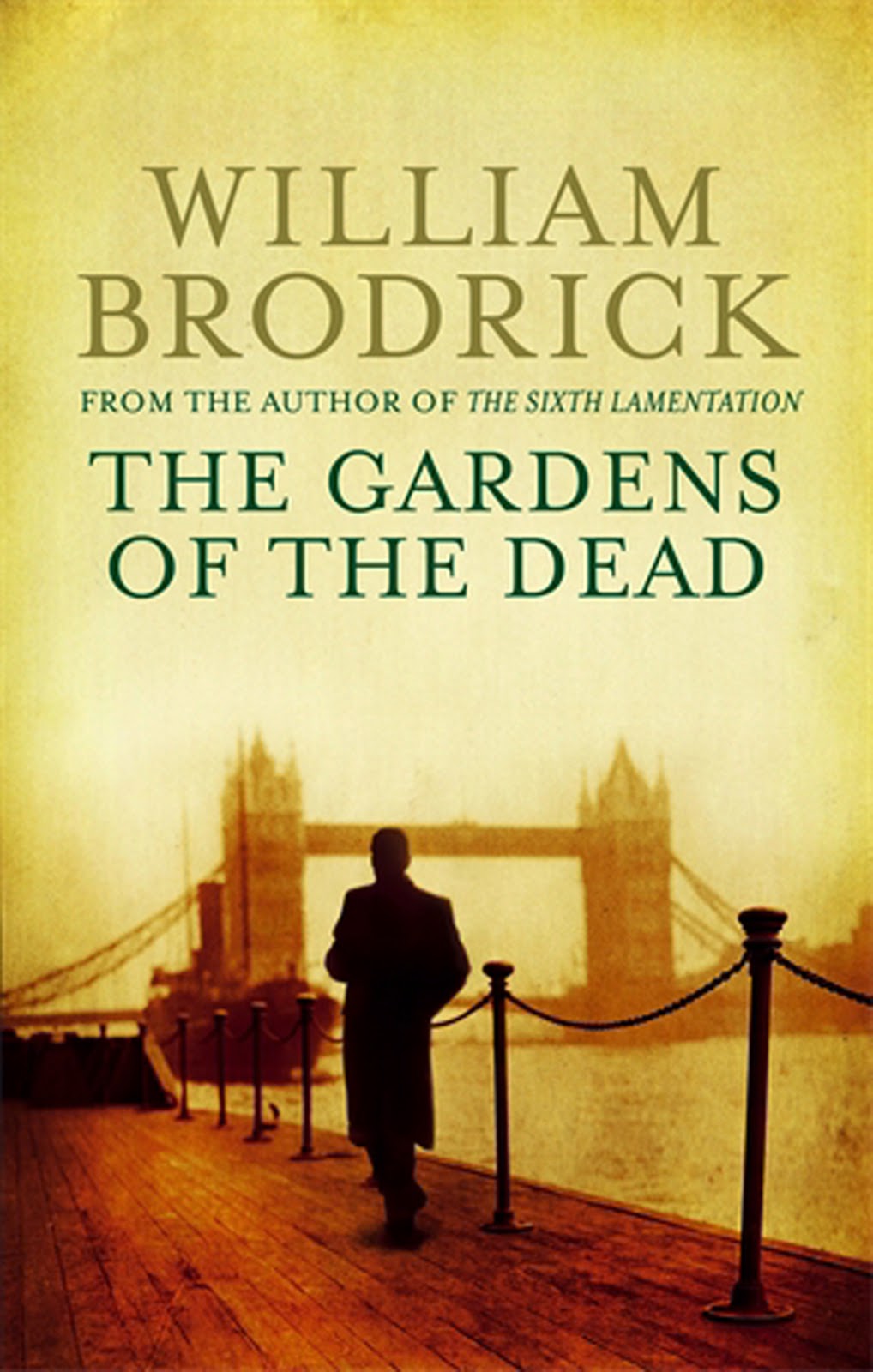 William Brodrick, once a monk turned barrister, writes the Father Anselm mystery series, about a barrister turned monk - a vocation that inspires people to unburden themselves, often with the kind of problems neither the law nor medical science can help with. Anselm lives at a monastery called Larkswood, where seated on a bench overlooking the river, these unburdenings often take place.
The Gardens of the Dead takes Anselm back to his days as a barrister, when former colleague, Elizabeth Glendinning, turns up with a box of Milk Tray. She hands him an envelope containing a key and an address and asks Anselm to use them if she should die - which she does three weeks later.
In doing so, Elizabeth has asked Anselm to take up where she left off to put things right regarding a brief they had worked on together over ten years before. They were defending Graham Riley, accused of luring runaway girls straight off the train to his house and then forcing them into prostitution to pay off arrears in rent.
He's a small-time, mean little criminal, but George at the half-way house is onto him. However under examination in court, George is thrown by a question from Anselm that stirs up an event from his past. He finds he is unable to go through with his testimony against Riley. Then a year or two later, George's son is mysteriously killed and George's life is never the same. His marriage falls apart and he becomes homeless himself and is still living rough when Elizabeth finds him. Together they work on a plan to bring Riley to justice. The plan is starting to come to fruition when Elizabeth dies.
Only seconds before Elizabeth's death of a heart condition, she makes a phone call to the police inspector who likewise has never forgotten the case. Her dying words were: Leave it to Anselm.  What follows is a sequence of events that eventually lead Anselm from one clue to another and a means to put things right.
Anselm is the perfect investigator for a story about truth and justice, past deceptions and retribution. He has all the wisdom and kindliness to deal with those who are damaged by the past, even old Riley, plus a personal discomfort over what happened in court all those years ago. But this is also George's story, and his tenuous existence on the streets makes fascinating reading. He's a likeable man, and a record keeper - writing down his life in a series of notebooks - a way to deal with memory loss due to a beating by young thugs.
Brodrick writes a very rich and powerful story, the best kind of mystery, and conjures up two completely different worlds - the hard life of London's docklands, petty criminals and homeless and the secluded monks who live simply and close to nature. It makes for an atmospheric read but one that leaves you a lot to think about, a bit P D James perhaps in this respect.
Posted by Caught Up in a Book at 20:59