The Ways of the World by Robert Goddard 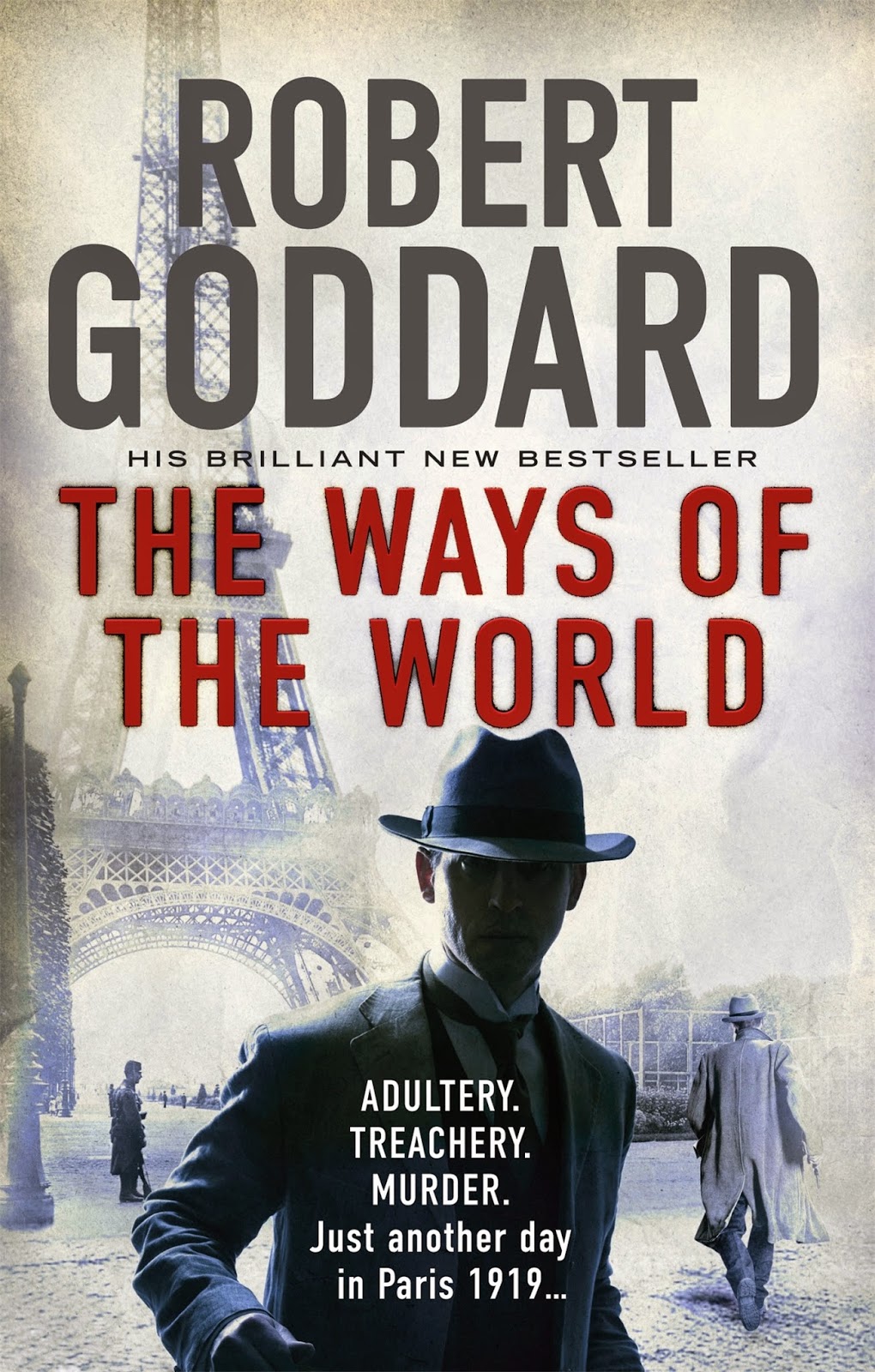 There's nothing like a map at the beginning of a book, snuck in between the title page and Chapter One to whet your curiosity. And what could be better than a map of central Paris complete with the Isle de la Cite, Montmartre and the Eiffel Tower? Robert Goddard's novel The Ways of the World has exactly that being set in the city of light, during the spring of 1919, when Paris hosted many of the world's diplomats and heads of state in order to discuss the fate of the nations caught up in WW1 and set the tone of the new peace. Or something like that.
When one James 'Max' Maxted - formerly of the Royal Flying Corps - discovers that his father has died suddenly in suspicious circumstances, he and his brother, Ashley, journey to Paris to bring the body home. Sir Henry, a minor diplomat, had fallen from the top of a building in Montmartre, upstairs from the apartment where he would visit his mistress, Corinne Dombreux. They'd met in Russia prior to the revolution, and Sir Henry, stationed in St Petersburg, had been a shoulder to cry on when Corinne's late husband had been unmasked as a traitor.
Ashley, heir to the Maxted fortune, is happy to hush the incident up as an unfortunate accident and return their father for a quick and discreet burial. But James is determined to discover what really happened - he suspects foul play - and stays in Paris to avenge his father's death.
It seems Sir Henry had contacts with a Russian organisation hoping to overturn the Bolsheviks and was in touch with an American seller of secrets, Travis Ireton. Also on the scene is Lionel Brigham, another diplomat who happens to be the lover of Max's mother. There are loads of suspects plus a cryptic document that would indicate Sir Henry was trying to raise some money. A quick search of his hotel room reveals a small key - the kind that is used for a safety deposit box - but what has happened to his diary? Max is up against the French police and the British Secret Service who don't want to cause any diplomatic upset that could stall the peace talks.
Fortunately for us Max is determined, smart and fairly fit, in spite of his time as a POW - he'll need to be, particularly when up against Fritz Lemmer, former spymaster to the Kaiser, and Tarn, a particularly ruthless assassin who can kill and vanish into the night. It's also good news that Max has his old flight mechanic mate, Sam Twentyman, on hand to help out when things get tight.
The two make a great team - Max, a man of action, has a privileged background, so he knows how to talk to the diplomatic lot. Sam comes from a family of bakers - he hopes he and Max will realise their dream of starting a flying school so he doesn't have to join the family shop - and he's a lot more down to earth and good fun, though smart too.
But The Ways of the World is really too busy delivering a ripping yarn to worry much about its characters, which are interesting enough, but not particularly complex. It is a story loaded with atmosphere both of the post WWI period and the setting of Paris during a not very warm spring. It also gives quite a good picture of the sort of diplomatic wheelings and dealings, the favours and bargaining that underpinned the Treaty of Versailles. A quick and diverting read, this is the first in a trilogy, which is good news and better still, the second book, The Corners of the Globe, has been recently released.