The Red Door by Charles Todd 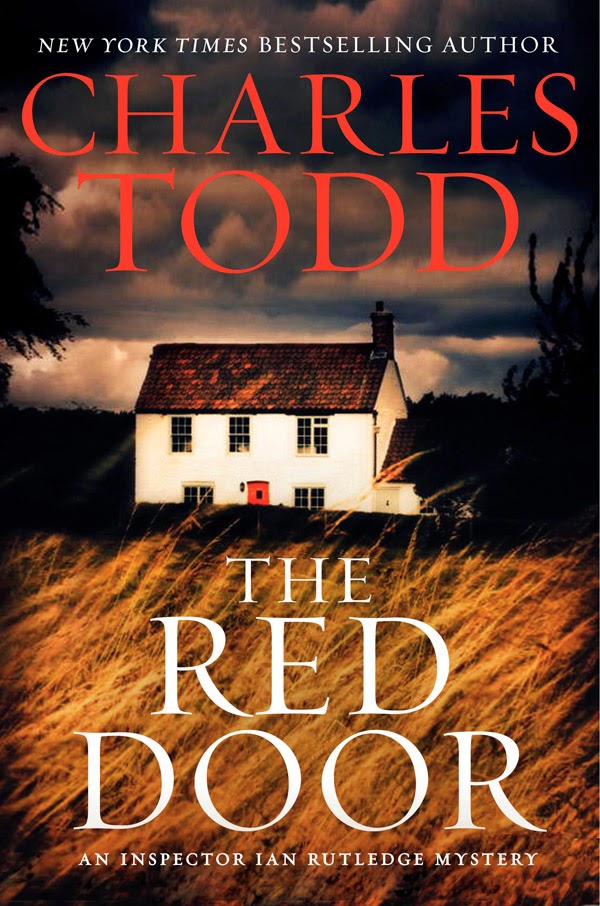 I was drawn into this novel featuring beleaguered 1920s detective, Inspector Ian Rutledge, by the promise of a parrot being a key witness. The Red Door starts out with what looks like two crimes - the murder of a woman in a small Lancashire village, and the disappearance of one Walter Teller. Walter is a man of the church and before the war was a missionary, but has been having a crisis of faith. After a paralysing illness he makes a surprisingly rapid recovery and decamps from hospital, vanishing into what seems thin air.
Rutledge interviews his family - his wife Jenny, and his two brothers, Peter and Edwin and their spouses, but nobody has any idea what has been troubling him or if they do they aren't letting on. They're the kind of well-to-do family where the three sons were earmarked from birth for the traditional careers - the eldest to inherit the land, the next in line was to go into the church and the youngest sent to the army. But did any of them feel a sense of vocation in what they had to do?
Of all of them, only Peter seems to have had a career that suited him, in the military, but the war has left him crippled and in endless pain. So not a happy bunch then.
When Walter suddenly turns up of his own accord, Rutledge's case seems to be at an end, until the widow of a Peter Teller is found murdered in her own home. A former schoolteacher, Florence Teller  lived a sad life, waiting for her army officer husband to return from the far-flung corners of the earth, and left alone to bear the grief when their young son died of typhoid fever. She had waited for Peter after the war, welcoming him by painting the door of her house red, but he never returned. Surely this Lieutenant Teller and Walter's brother are one and the same.
But what about that parrot? Somehow Rutledge agrees to find a home for the much loved pet that the Lancashire Peter Teller had given his wife. Every night when a blanket is put over the cage the parrot says 'Goodnight Peter, wherever you are.' I had hoped for more revealing phrases, but the parrot's testimony while damning is quite subtle, and not likely to stand up in a court of law.
Rutledge will have too look harder to find the real culprit. Meanwhile there are meetings with Meredith Channing, the attractive young woman Rutledge can't forget and his godfather, David Trevor, makes a surprise visit to London with his grandson, sparking Rutledge's ongoing guilt for not visiting in Scotland. And of course the voice of Hamish, the officer Rutledge had to shoot for disobeying an order, is always lurking in the back of Rutledge's mind.
This is the usual layered and artfully put-together kind of mystery we have come to expect from Charles Todd, building up to a sudden showdown at the end involving a mad killer. Todd includes a lot about duty - the expectations placed on the wealthier classes, the endurance of those not so well off. I found lots to enjoy including a wonderful evocation of time and place - the grand houses, the charming gardens, the busy London streets all circa 1920. It all adds up to a wonderfully escapist read and a real page-turner, without being particularly demanding, in the classic Christie mould.