The Girl on the Train by Paula Hawkins 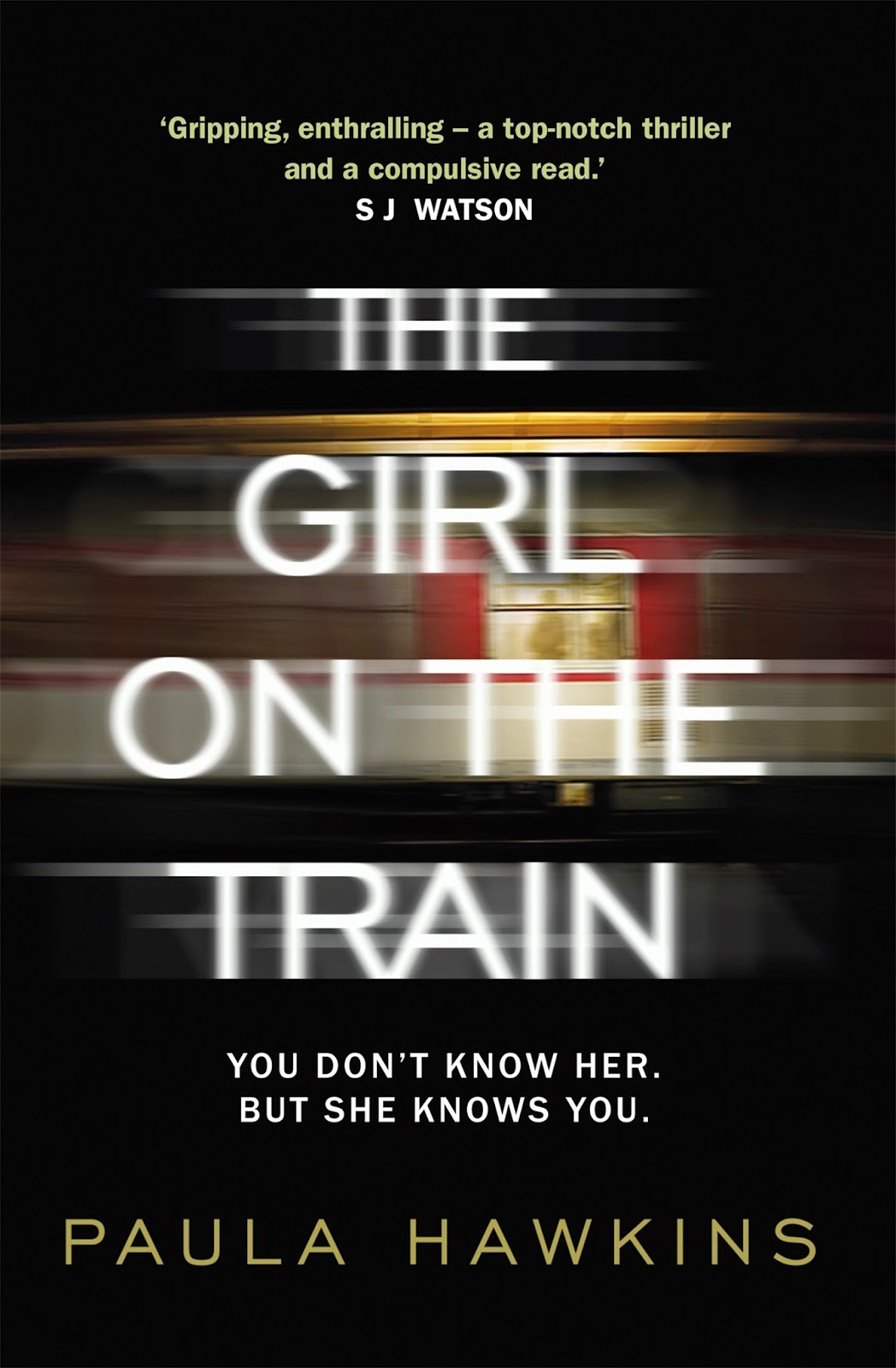 I don't often read this kind of thriller - there is so much tension that you know you're not in for a relaxing sort of reading experience. On top of that, The Girl on the Train has all these characters who aren't very likeable.
First off there's Rachel, our main narrator. After a failed marriage she's in a bad way having lost her job because she's an alcoholic and she doesn't have the wherewithal to do anything to fix her life. She keeps up a charade to her flatmate Cathy of a normal working woman taking the train to work each day, but the reader knows this would be impossible on the amount of wine and ready-mixed gin and tonics she consumes.
To make matters worse she can't seem to let go of her husband and continues to phone and leave him messages, even hanging around outside her old house. Naturally this upsets his second wife, Anna, who wants to be left alone with her husband and baby.
Then there's the fantasy world Rachel dreams up about the couple she calls Jess and Jason, who she can see from her commuter train when it stops at a signal. Jess and Jason epitomise the kind of loving relationship she would like to reinvent with her ex-hubby, Tom, made more real to Rachel by their proximity just along the road from her old house, the house Tom now shares with Anna.
But one day Rachel sees something from her train that shocks her and soon after, Jess, whose real name is Megan, disappears. Rachel becomes a bit like an amateur sleuth - she has time on her hands after all - and contacts Megan's husband, not Jason but Scott, and does even more cringe-worthy hanging around and snooping, fuelled by all the alcohol she gets through.
Further down the list of unlikeable characters we come to Megan, who narrates part of the story in the months before her disappearance, and we learn that Megan is at least as flaky as Rachel. Other chapters are narrated by Anna, who can be smug and unsympathetic.
However what makes these women unreliable also makes the plot hum along. With Rachel there are her blanks in memory, the humiliation of people's disgust over events she cannot recall. As she puts the story together of Megan's disappearance, she begins to wonder if she had a hand in it herself. And why does she experience so much lurking fear?
The police of course are no help at all. They want Rachel to keep her nose out of things, but they don't seem to be getting anywhere and don't believe anything she tells them. She's a pathetic fantasist and a drunk, so you can't blame them.
I can see the appeal of a book like The Girl on the Train as it reels you in from the opening chapters and is superbly engrossing. It gives you a grim view of marriage, of the kind of stifling suburban misery that goes on in behind closed doors and the cruelty that lurks in what seem to be the happiest of relationships. But there's too much happening for the reader to dwell much on any of that and you just have to get to the end to see what happens.