Civil to Strangers by Barbara Pym 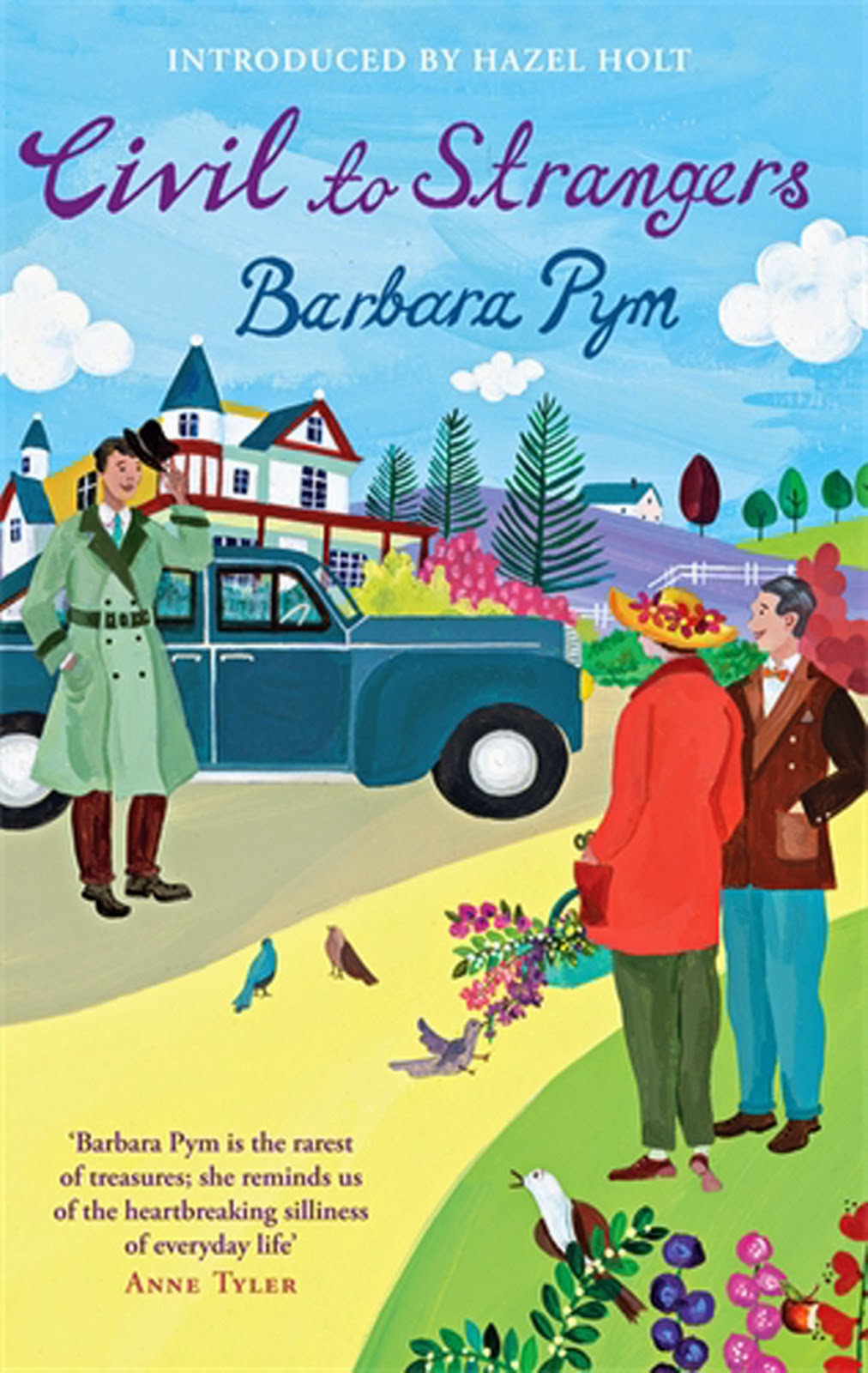 Published posthumously, I was quite prepared for Civil to Strangers to be somewhat ordinary, by Barbara Pym's standards, that is. It was her second novel, after Some Tame Gazelle had unsuccessfully gone the rounds of the publishers, and like this one, no doubt languished in the attic - until recently.
Of course if you don't like Pym, this won't bother you at all, and if you do like Pym, then you have the pleasure of a new one, decades after her death. And also the sorrow of realising that she could never be aware of the success she would enjoy today.
Civil to Strangers is wonderful in that it doesn't appear to have been written by someone still perfecting her style. The writing has all the features we recognise in Pym, the small village, in this case it is Up Callow, where a lot of the action is centred around the rectory and its clerical types. There's a lovely scene in church where the sermon about embroidery, of all things, is mulled over by various members of the congregation. And there is Pym's trademark irony and her likeable if rather silly village characters and their little concerns, all bound together in a light, elegant style.
Mostly, this is the story of Cassandra, who is really nice. She's quite nice looking, does things properly without fuss and always manages to say the right thing. She's married to Adam Marsh-Gibbon, a writer of difficult to understand novels, and as such the couple are much admired because Adam gives their village a bit of fame in the broader world. But Cassandra worries that she loves her rather self-centred, artistic husband more than he loves her.
When an exotic Hungarian stranger takes up residence in one of the village's more notable properties, the village is abuzz with gossip. Thirty-year-old Angela Gay, who fears she may be left on the shelf, has found charming the austere young curate, Mr Paladin, an uphill battle so she soon switches her attentions to Mr Tilos the Hungarian. Unfortunately, Tilos falls for Cassandra instead.
In the background the village characters ponder and discuss these goings-on, particularly Mrs Gower, who as the widow of an academic enjoys a degree of prestige, and Angela's uncle, Mr Gay, a handsome man of sixty who never quite realised his dream of marrying for money. With characters like these it isn't surprising Pym is sometimes likened to a modern Jane Austen.
The drama moves to Hungary and there are amusing scenes on a train when Cassandra befriends some churchly types in an attempt to avoid Mr Tilos's advances. There are misunderstandings, dawning realisations and reconciliations, while one or two new romantic attachments develop in the background. Who knew village life could be so dramatic?
You come away from reading a Pym novel feeling warmed and amused without any affront to your intelligence - there's even a smattering of literary quotations for fans of the classics. And with Pym's lively dialogue and whimsical style you can happily reread a Pym novel because like Cassandra's embroidery, it is so much richer for the inclusion of plenty of stitches.