The Corners of the Globe by Robbert Goddard 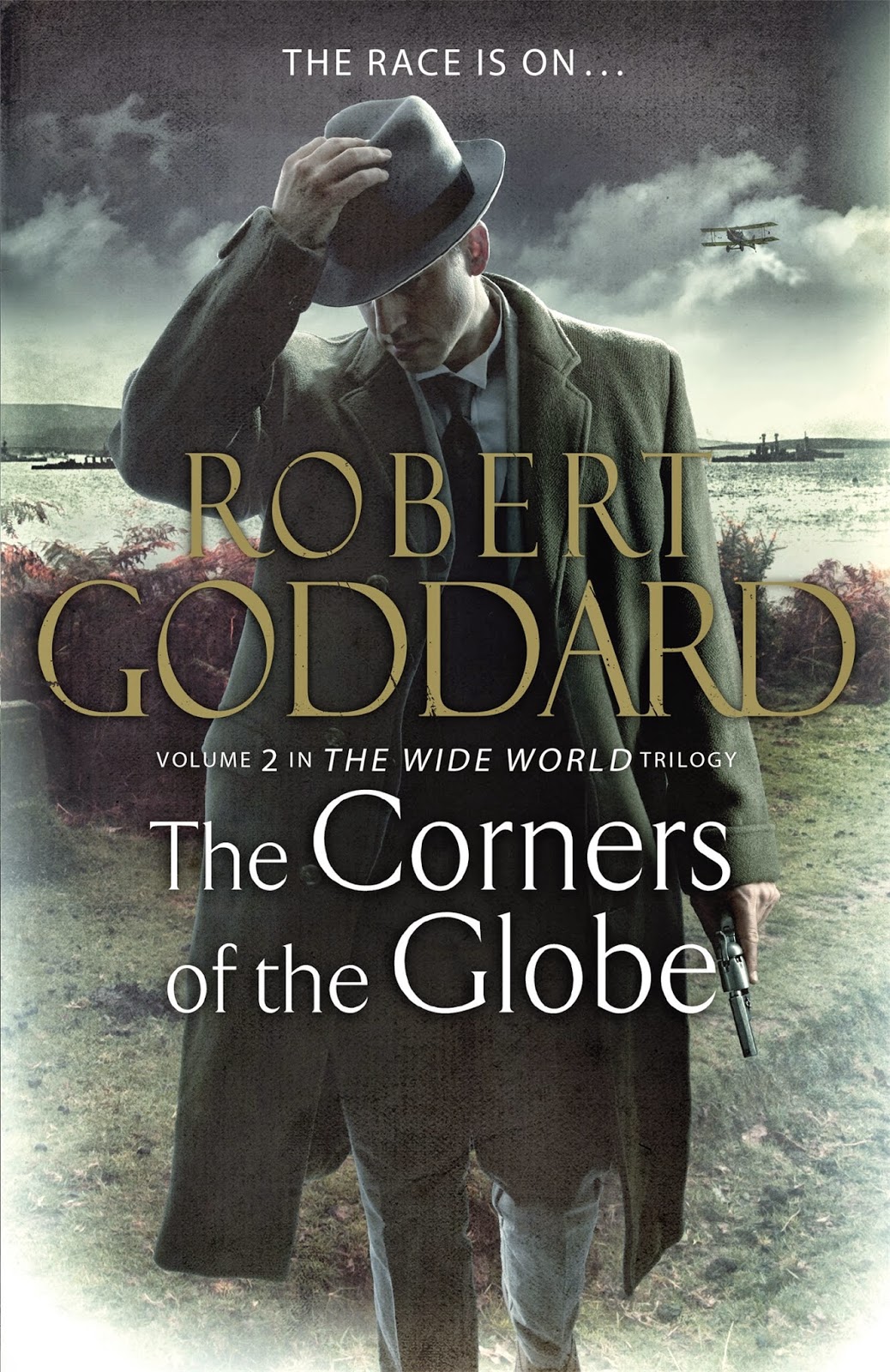 I could develop quite a taste for spy novels, having just finished the second in Robert Goddard's trilogy featuring James 'Max' Maxted, a returned POW and ex-Royal Flying Corps fighter pilot. We first met Max in The Ways of the World, when he rushes to Paris to uncover the facts behind his father's death. A member of a team of delegates sent to help broker a stable settlement after World War One, Sir Henry was pushed off a building, a death made to look like suicide. Sir Henry was obviously aware of secret and damaging information and had to be silenced.
Everything seems to come back to one man - Fritz Lemmer, onetime spymaster for the Kaiser, and now apparently determined to turn events in favour of Germany and its allies. By the end of the first book, the only way Max can discover what's going on is to enlist as an agent with Lemmer's network, secretly aided by Horace Appleby, a top man in the British Secret Service.
The Corners of the Globe starts out in the Orkney Isles, where Max is sent by Lemmer to retrieve a document held by a German battleship commander. If you know about this area of history, after the war, the German fleet of battleships was interned here at Scapa Flow.
Max soon realises the importance of the document he has been sent to get, particularly when people around him begin to die. A cryptically encoded list of Lemmer's agents seems too good to hand over so Max decides to make a run for it and return the document to Appleby, if he can just get to London. There are some hair-raising scenes involving jumping on and off trains and dodging Lemmer's henchmen.
Meanwhile back in Paris, Sam Twentyman, Max's old flight mechanic, is carrying on with his work maintaining the ambassadorial motor fleet, when a meeting with Sir Henry's Japanese policeman friend, Commissioner Kuroda, causes Sam grave concern. Kuroda warns him that Friz Lemmer believes certain documents are in possession of le Singe, an Algerian thief and seller of secrets. Sam's acquaintance with le Singe in the previous book surely puts him in danger.
And then of all people, Max's Uncle George gets caught up in the action, when some ancient artefacts sold by Sir Henry to raise money in a hurry turn out to be fakes and the buyer wants his money back. George agrees to go to Paris to hunt out the dealer, Soutine, who wouldn't you know is a close pal of le Singe's. Could he be dealing in secrets too?
There are some very embarrassing secrets worth protecting, and quite a few eager to use them to advantage, among whom are our three American friends, Travis Ireton, the mysterious trader in useful information, his able colleague Schools Morahan and their savvy secretary Malory.
I  found the Malory/Morahan/Sam team a particularly engaging set of characters, caught up in some intense skullduggery at the hands of the Japanese contingent. Everything seems to go back to Sir Henry's time in Japan; even Lemmer was on the scene there. While Max is legging it around Britain, Sam and the Americans are holding the fort in Paris, discovering what le Singe has been hiding.
Max is really put through the mill, as Lemmer's agents come out of the woodwork at every turn. If he is somewhat too much the perfect upper-class hero, he is easily forgiven for being a little two-dimensional when you see what Goddard throws at him in a sequence of thrilling action scenes, leading eventually to Marseilles. By the end, Max is up against the wall as we reach one of those agonising last pages that finishes with those dreaded words 'to be continued'. Although it might seem impossible, the reader can be sure things will turn out just fine for Max, but unfortunately, we will have to wait until some time next year to find out how.
Posted by Caught Up in a Book at 00:25