The Reckoning by Rennie Airth 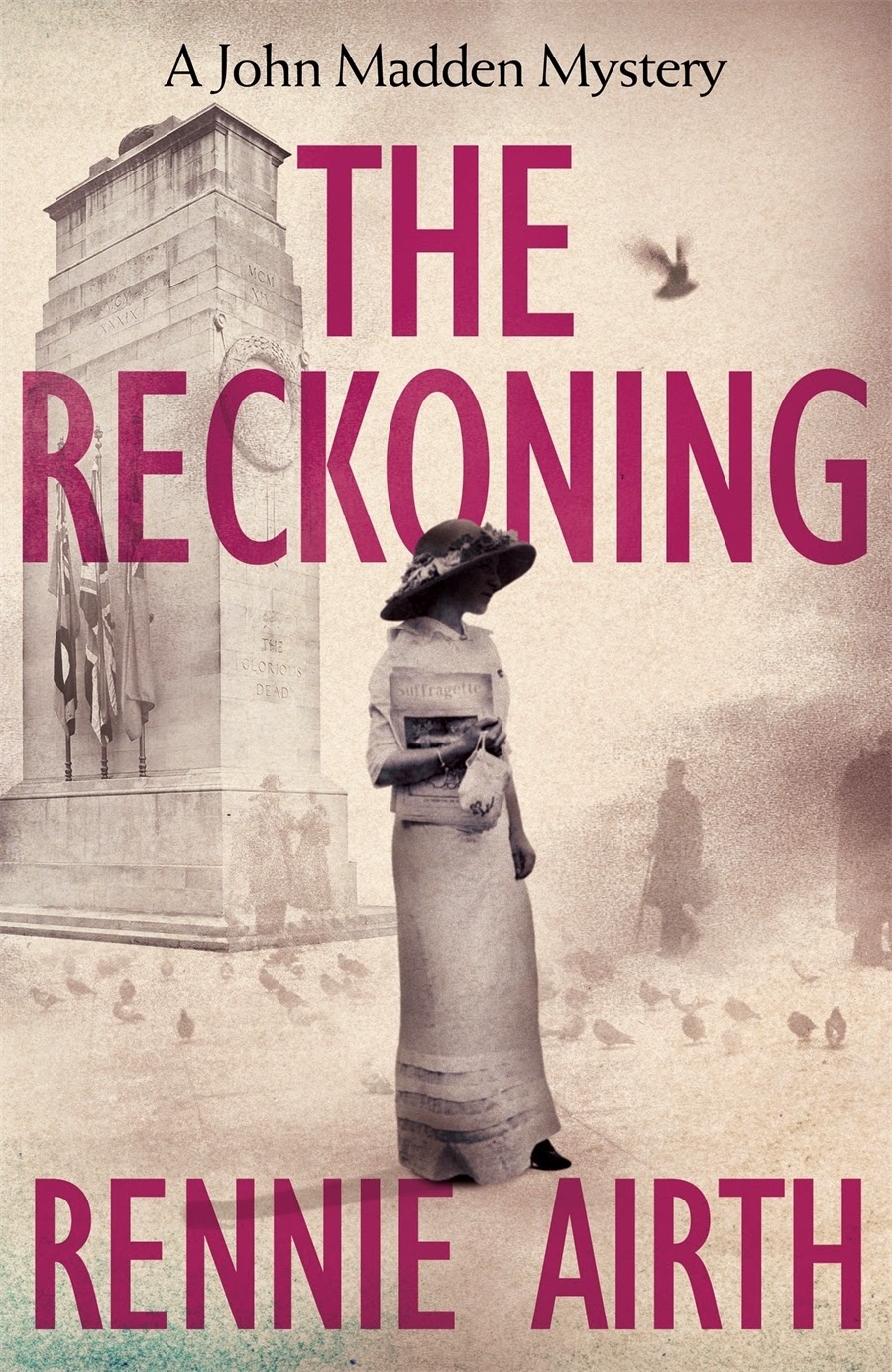 The Reckoning is the fourth crime novel featuring John Madden, a retired policeman from Scotland Yard, happily ensconced in the country. It is 1947, and the National Health Scheme is imminent, a royal wedding is in the wings and England seems to be looking forward to a new post-war era, in spite of ongoing rationing.
An execution style murder on the banks of a Sussex river has the local police stumped. The killer, a youngish man in a red sweater was spotted by a farmer so you'd expect he'd be easy to catch, and yet he seems to have vanished. His victim, retired deputy bank manager Oswald Gibson, was a quiet, inoffensive chap who enjoyed fishing and belonged a local music society. Who could possibly want to kill him?
Scotland Yard is called in and Madden's former colleague, Billy Sykes, is just as perplexed although there are a couple of useful clues: the murder is oddly similar to the death of a Scottish doctor and so may be the work of the same killer.  The second clue is even more astonishing. It seems, Gibson was writing a letter, which he never posted, addressed to John Madden. He'd had something he wanted to discuss with the ex-detective, but Madden has no recollection of having met the man.
The death of Tom Singleton in Oxford, with a similar shot to the neck, indicates a serial killer is at large, while the similarity of the victims' ages suggest that all of them may have served in the First World War, like Madden. He decides there must be a connection in their past and what that link is must be found quickly or very soon there are likely to be more deaths.
Madden pops into London to help an elderly aunt with some renovations - also an excuse to check in with his old colleagues who are running the case. Airth has produced some terrific characters here - along with ex-army Sykes, there's DCS Chubb, a plain-spoken but endearing bulldog of a man, and stout hearted Lily Poole, recently plucked from uniform and with buckets of nous. But it's 1947 and an uphill battle to be taken seriously as a female detective.
The Reckoning had me completely riveted - so fortunate to have a wet Sunday as I couldn't put the book down. Not only has Airth concocted a satisfying mystery, but there's a good supply of action and plot-twists to keep the reader hooked. What's more the writing is superb and there is plenty of thought given to the ongoing trauma created by the first war to end all wars, but this never bogs the story down.
You can quite happily read The Reckoning as a stand alone novel, but it is a pleasure to know that there are several more books featuring John Madden and his smartly intuitive detective work.
Posted by Caught Up in a Book at 00:42